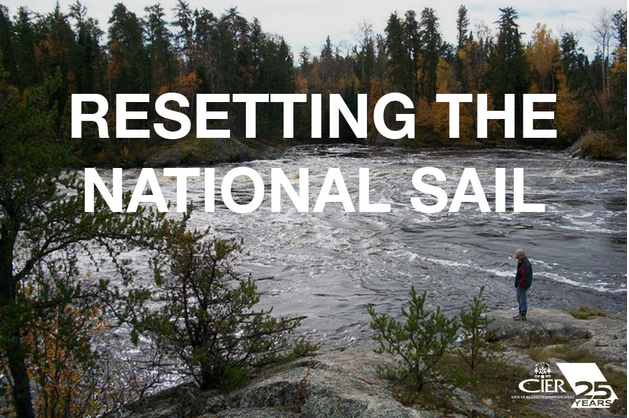 The Centre for Indigenous Environmental Resources has released a paper aimed at sparking discussion of how the Canada Water Agency can work with the provinces, territories, Indigenous communities, local authorities and scientists on considerations of Indigenous governance.

“We need a new way of working together on water, one that respects Indigenous rights and responsibilities and the needs of generations to come,” the CIER said in a news release. “Dene Nation is mandated to speak out on national and international issues of concern to the Dene and the Canada Water Agency is one such matter.”

CIER advisors prepared a brief paper on considerations regarding Indigenous governance and the proposed Canada Water Agency with the goal of creating a conversation on this issue, moving beyond mere consultation and engagement, to a consideration of water governance reform.

In the paper, they weigh in on some of the issues transboundary waters present:

“A critical role that is both procedural and substantive relates to coordination of decision making. The CWA could have a coordination function regarding decisions that have transboundary impact on waters within Canada. For example, a clear but somewhat controversial example is where a province or territory plans to allocate water (such as for manufacturing which could impact water quality, or irrigation which could impact water quantity) that ultimately flows from provincial land through to First Nation reserve land, settlement lands, or unceded territories (and beyond). This example could apply to either surface water or groundwater.”

“We need this because of the United Nations Declaration of the Rights of Indigenous Peoples, the Truth and Reconciliation Calls to Action, and the need to move to collaborative and productive conversations about how to sustainably manage waters that we all rely upon.”

“Resetting the National Sail: A Considerations Paper on Indigenous Governance and The Canada Water Agency” may be downloaded here.