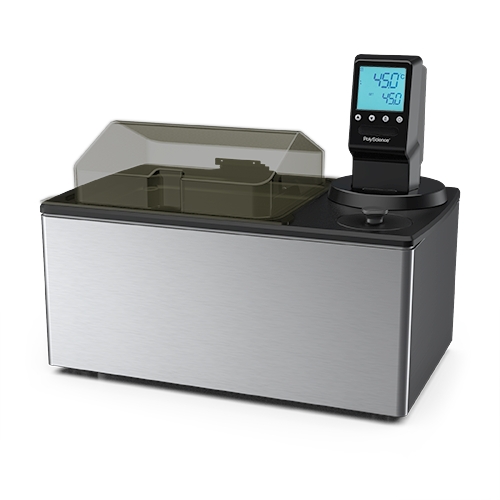 PolyScience has developed a coliform bath with a temperature accuracy to within 0.07 C to provide reliable results.

Coliform testing was initially developed because of the difficulties of detecting individual pathogens in the water supply, said PolyScience, manufacturers of temperature-control technology, in a press release. Instead, scientists look for the presence of coliform – a class of bacteria that includes harmful bacteria such as E.coli but also non-harmful bacteria. Detection of coliform suggests that fecal contamination is present because this class of bacteria will be present in large numbers. However, the testing has its challenges.

“Fecal coliform testing relies on elevated water bath temperatures to suppress the growth of non-fecal bacteria,” said Andrew Witt, engineering manager at PolyScience. “If the water is too warm it may cause the fecal coliform to go dormant, obscuring the level of this harmful bacteria.” On the other hand, says Witt, “If the water is too cold, non-fecal bacteria may be allowed to grow and create false positives.”

The company’s coliform bath, which has been specifically designed for coliform and E.coli testing, can be used with both the membrane filter method or the most probable number method. It is preconfigured for coliform testing at 44.5 C but can be altered easily to a range of presets.

The bath also features the company’s signature gable lid, which not only allows taller vessels to stand upright within the bath, but also permits condensation to quickly drain back into the bath and not onto the bench!

All of PolyScience’s coliform baths are produced to order – not a common business model for profitability, but certainly a factor which helps to reduce environmental impact, the company said, citing its core values of delivering the highest standards for the best value while having a minimal impact on the environment. The company’s laboratory processes avoid using solvents and recycle wherever possible.

Later this year, they will also be launching their first device to contain a UV light to circumvent the need for algicide, a potential environmental pollutant.