A rise in contaminated ground water may reflect growing concern about water quality, says one expert 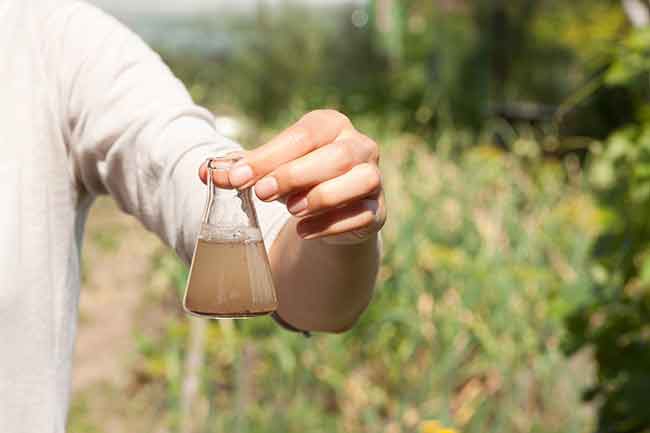 The discovery of more and more contaminated ground water may be the result of growing concern about water quality and increased testing, contamination expert Peter S. Cartwright says.

We drink it, we bathe our children in it, we water our flowers with it – but do we really know what’s in our ground water? Ground water contamination is on the rise worldwide, with new contaminants being discovered every day.

Environment and Climate Change Canada (ECCC) reports, “Nearly one-third of Canadians rely on accessible ground water extracted from geologic formations (aquifers) for private or municipal use. Besides being the only source of drinking water in many rural areas, ground water is also used for crop irrigation and livestock, and by numerous industries in Canada.”

With life literally depending on access to clean water sources, a push for further research and greater understanding of current waste contaminants and emerging contaminants in ground water is being echoed across the country.

Back in 2001, a candid report entitled “Threats to Sources of Drinking Water and Aquatic Ecosystem Health in Canada” was released. It was a collaborative effort written by Allan S. Crowe and Carol J. Ptacek of Environment Canada, National Water Research Institute; David L. Rudolph of the University of Waterloo, department of earth sciences; and Rick McGregor of J.R. Scientific. The paper sets out a framework for better understanding of ground water contamination, while also identifying major knowledge gaps and issuing a call to action.

Given the significance of the issue, identifying contaminants and their sources, as well as minimizing their entry into the water system, is crucial. Peter S. Cartwright has been in the water purification and wastewater treatment industry since 1974 and is a leading expert in contamination issues. As president of Cartwright Consulting Co. in Minneapolis, and technical consultant to the Canadian Water Quality Association for the past 10 years, Cartwright deals with ground water contamination first-hand. “I think it’s becoming more prevalent. There’s no doubt we’re discovering more and more contaminated ground water, but it may be because we’re becoming more concerned about water quality so we’re doing more testing. Also, those supplies that are affected by surface water quality – there’s no doubt we’re contaminating our surface water at an increasing rate, so to the extent that surface water may impact ground water quality, that’s going to go up too.”

Environment and Climate Change Canada divides ground water contamination into “legacy” contaminants – those that have been around for decades but are still unresolved, such as solvents, salts and metals from landfills – and “contaminants of emerging concern” – pharmaceutical residues, personal care products and perchlorate.

In the 2001 report, the writers note poor solid waste management practices of the past have caused severe water quality issues and the developing nature of the problem is prompting experts to identify new contaminants and set up better disposal practices. “Many of the contaminants of the future currently exist, and perhaps have existed in water for years, we just have not begun to look for them yet (e.g., emerging persistent organic pollutants, pharmaceutical compounds). The contaminants which we currently know about will also continue to cause major problems and numerous challenges,” the authors explain.

The report outlines five categories of waste that are contaminating the ground water system in Canada, including municipal/hazardous/industrial solid waste, mining waste, agricultural waste, municipal biosolids and septic systems, and other wastes that include contaminants from the petroleum industry, excess road salt, waste sediment from dredging of harbours and channels, and radioactive waste from nuclear reactors.

In the municipal biosolids and septic systems category, the writers point out that as the population of Canada increases, so will solid and liquid wastes, generating larger quantities of biosolids from treatment plants and dramatically increasing the number of septic systems in rural residential areas, recreational areas and lakefront properties. Add to this the trend of converting seasonal cottages to year-round abodes and the issue continues to grow. An emerging issue in the mining waste category is the “potential release of heavy metals and oxyanions (i.e., arsenic) from subaqueous disposed mine waste as well as geochemical reactions occurring at the surface water-ground water interface.”

Cartwright says that in Canada, the most common contaminants include arsenic, nitrate, hardness (although not a health-related contaminant, it’s a secondary contaminant universal in all water supplies), iron, manganese, and radon and hydrogen sulphide – both of which are gases. “The U.S. Geological Survey determined that of the ground water supplies – specifically residential wells – that they detected had primary contaminants above the maximum contaminant level (MCL), 80 per cent were naturally occurring, like arsenic, radon and hydrogen sulphide, he says. “Many of the organic contaminants and nitrates are human contributed. Nitrates are a huge problem anytime you have a lot of agricultural activity, whether it’s crop production or animal production, or in vacation areas where there are a lot of septic tanks that may be placed too close to wells.”

He notes nitrogen contamination in areas of crop production is usually the result of over-fertilization. “I would say most nitrate contamination can be mitigated – it can’t be eliminated – but a bunch of it can be mitigated by better practices.” In the case of ground water contamination caused by a leaking septic tank, Cartwright says, “That’s an issue where it’s 100 per cent human error, where a septic system is placed way too close to the well and, again, different soil types will allow things like that to move through the soil more than others. To me, a lot of that human error is a result of ignorance, not malice by any means. They don’t know any better and haven’t talked to the right people.”

The co-authors in the report agree. “We can look back at many of our serious water contamination problems and identify poor disposal and management practices. However, many problems were not the result of bad management practices (in fact they followed existing regulations and engineering practices), but due to a lack of knowledge, which is now available. As such, several key areas require additional understanding and study.”

While a concerted effort into identification, remediation and prevention of ground water contamination is carried out at a broader level, individual homeowners can also take measures to purify their drinking water for added peace of mind, Cartwright says. Point-of-entry systems, such as water softeners, will treat water before it comes into the house, while point-of-use systems provide treatment at the tap. The third option is a countertop distiller. While Cartwright is a strong proponent of point-of-use reverse osmosis systems, where the treatment is done at the tap, he notes that for families with young children who are likely to drink from an outside tap or from the shower, point-of-entry systems that treat the whole house may be a better option. For the removal of gases such as radon, reverse osmosis is not effective and an activated carbon is usually a good option.

From homeowners to water well drillers to farming and industry, every Canadian has a responsibility to protect our ground water. But this can only be achieved through a greater understanding of this precious resource and the contaminants that threaten it.

Julie Fitz-Gerald is a freelance writer based in Uxbridge, Ont., and a regular contributor to Ground Water Canada.
Print this page