Retirees must not outnumber new recruits 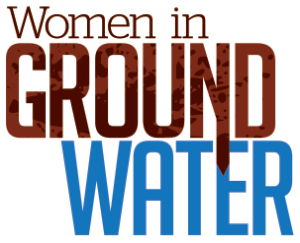 One of the knocks against the water well drilling industry that I’ve heard several times in my short tenure as editor of this publication, is that it’s an aging profession, with not enough young people coming in to replace those looking to retire.

If this is true, the industry is going to have a real challenge on its hands if it wishes to be sustainable down the road.

In the Spring issue of Ground Water Canada, we’ve taken a closer look at this unfortunate situation. Our cover story, written by James Careless, examines this matter from a couple of points of view – from that of the Ontario Ground Water Association and from Canada’s preeminent training school for up-and-coming young drillers. Several good strategies are discussed that could help bolster these anemic numbers. It’s heady stuff, and yet the message needs to get out beyond the pages of this publication. As far as our readers are concerned, we may largely be preaching to the choir.

It’s prudent the mainstream media gets hold of this message. They’re the ones with the reach to zero in on the intended audience. The readers of Ground Water Canada can do their part by sharing the message with local media outlets and schools. It’s the general public who must become aware of the post-secondary programming available to keep this profession going in perpetuity.

According to James’ story, elementary and secondary schools scarcely – if at all – mention drilling as a potential career choice. Students aren’t aware of this profession because their teachers are unaware. Consequently, few are enrolling in collegiate academic studies aimed at addressing the shortage of new drillers.

The program at Fleming College in Peterborough, Ont. is reputed to be the best in the country, yet it’s relatively unknown among the masses. This needs to change. It’s a message that must get out to the general population.

Like many other outdoor professions, the ground water industry is one that is male dominated. Yet there are several women working in this industry who have made a name for themselves and are leaving their stamp in various capacities. We want to know who these women are.

Ground Water Canada is launching a new program to celebrate key women in the industry. We have initiated a nomination period, that began on April 1 and continues through to June 30. We wish to encourage our readers to put forth the names of those who deserve to be featured among the female candidates we will select to be honoured. We’ll also be accepting self-nominations.

Candidates for consideration should be hard-working individuals who take pride in their work and are praised for what they do. They could be leaders in their field, mentors to younger workers or those who aspire to climb the ladder.

The women who will be selected as tops among women in groundwater will be featured in Ground Water Canada and interviewed for Groundwater: The Podcast.

Help spread the word. It’s high time that key women in this industry get the recognition they deserve.

It also serves to give notice that this industry is open to both genders.