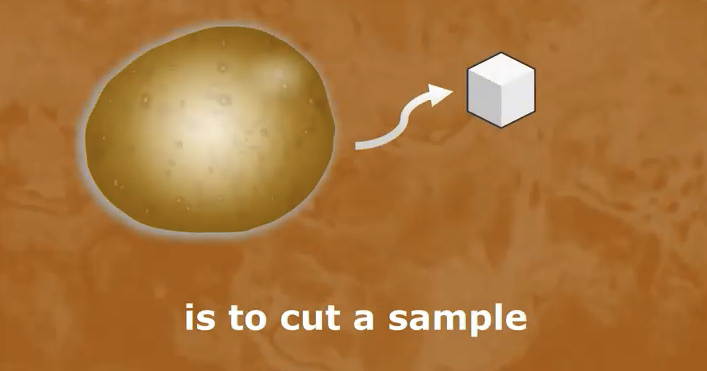 Johannesburg, South Africa – Researchers at the University of Johannesburg have developed a faster, more economical method to directly identify toxic and carcinogenic heavy metals such as such as lead, arsenic, cadmium and thallium in vegetables and drinking water.

Trace metals are toxic even at very low concentrations. Arsenic, cadmium and chromium hexavalent compounds are also recognized as carcinogens by International Agency for Research on Cancer and the U.S. National Toxicology Program.
Combining accurate established techniques, the method makes it possible to test for several trace metals simultaneously (see video below).

“The study provides a simple, fast and sensitive method for laboratories with limited resources. The research results can also improve food quality for consumers,” says lead author Prof Philiswa Nomngongo. She is the SARChI Chair: Nanotechnology for Water at the University of Johannesburg.

This short video summarizes the research.

“This study contributes data that can be used as a reference when setting up or revising the guidelines for the maximum allowable levels in common vegetables and palatable water,” she adds.

“The method is environmentally friendly and conforms to green analytical chemistry principles. It does not introduce secondary pollution.”

Previous studies used similar methods, but for analysis of organic pollutants says Dr. Luthando Nyaba, co-author of the study, also at the University of Johannesburg.

“This is the first time where a clay-based adsorbent is combined with a cloud point extraction method for simultaneous analysis of trace metals in vegetables and palatable water,” he says.

“In this method, we convert solid vegetable samples into liquid form. This makes it possible to directly analyze trace metals with a suitable analytical instrument. Direct, simultaneous analysis means that more vegetable samples can be analyzed at the same time, and quicker than was possible before,” adds Nyaba.

The equipment used for the research is a few years old, Nomngongo says. However, if “we buy vegetables at 8 in the morning, we have the analysis results by 1 in the afternoon,” she adds.

To identify trace metals in foods and water, analytical chemistry techniques are required. These evolve over time much like apps on mobile phones, he says.

“The developers of a phone app can fix software bugs without rewriting the app completely. They add fixes to a new version, and users download the new version to benefit.

“Analytical chemists are like software developers, making updates to an existing method to make them compliant with new analytical chemistry principles. In this case, one of our goals was to significantly the reduce the amounts of hazardous solvents traditionally used in testing for trace metals,” adds Nyaba.

All over the world, unwanted trace metals are showing up in vegetables and drinking water. These metals are among many pollutants that seriously affect human health. Monitoring which metals occur in foods and beverages can really challenge a laboratory.

Secondly, vegetables are inherently very complex to accurately analyze for chemical elements. This creates long, time-consuming procedures to prepare samples to be ready for metals testing.

Combined, this means that monitoring for trace metals in agricultural produce is generally slow, expensive, and can only be done by highly qualified scientists. For developing countries, monitoring can be inaccessible because of that.

More than a good thing

But too high doses of some metals can make people sick, though health conditions such as cancer may take years to manifest. Others are so toxic that very low amounts can make people extremely ill within days or weeks.

“We need to eat foods containing some trace metals, such as copper, zinc, and iron. But others are toxic: lead, arsenic cadmium, mercury, among others. On the one hand, vegetables form a vital part of human nutrition. On the other, they are good accumulators of heavy metals,” says Nomngongo.

“Knowing the level of metal contamination in the vegetables we eat and the water we drink can make a difference to health and quality of life,” she adds.

Many of these metals bio-accumulate in the human body, in animals, plants and the environment. This means that the metals cannot be removed and that the resulting problems can only be managed, not cured.

The World Health Organisation (WHO) and national governments publish drinking water guidelines and other standards, which show what levels of metals in food and water are likely to affect human health. And the WHO’s International Agency for Research on Cancer (IARC) and the US National Toxicology Program (NTP) publish lists of known and probable human carcinogens.

Locally, the research results can help improve the quality of life for communities that depend on the studied water sources, says Nomngongo.

“The results can also assist the South African government and environmental protection agencies to set, review and enforce water quality regulations,” she adds.