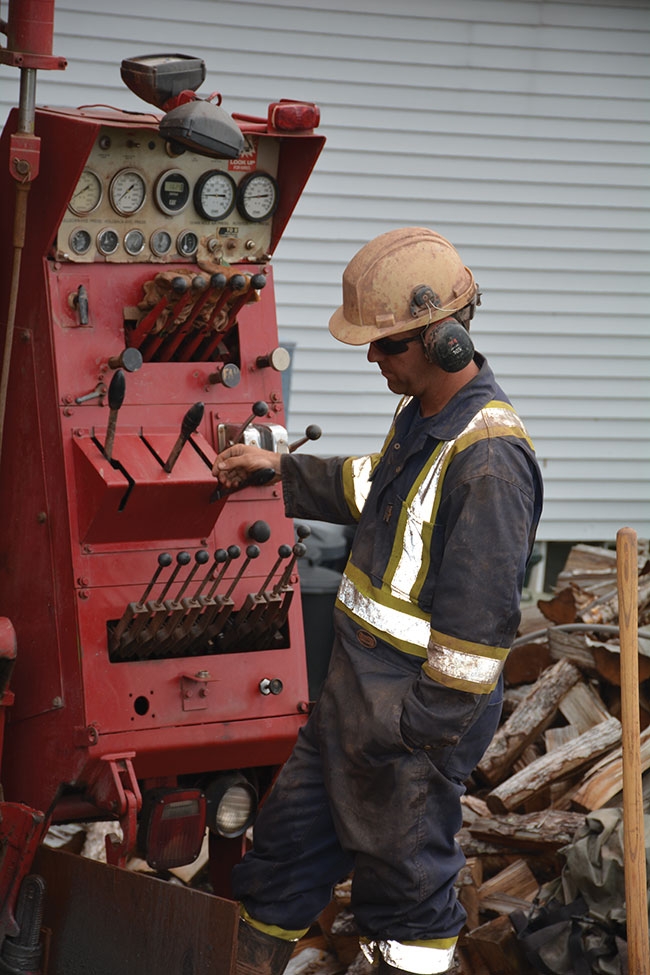 Industries such as manufacturing, construction and resource extraction, including water-well drilling, have high noise levels.

Rising health claims due to increasing hearing loss among Canada’s military personnel is a cautionary tale for industries with high noise levels.

A 2016 study obtained by Radio-Canada found that the rising incidence of hearing loss is due in part to military members’ reluctance to wear protective equipment and not being provided with suitable hearing devices. Almost a third of them have chronic hearing problems by the time they retire, according to surveys by Veterans Affairs.

Like the military, industries such as manufacturing, construction and resource extraction have high noise levels. According to Claudio Dente, president of Dentec Safety Specialists Inc. in Newmarket, Ont., noise generated in the general industry ranges between 500 and 4,000 Hertz (Hz). “The human voice probably has 500 Hz; 4,000 Hz is a type of tool running at high speed,” Dente says.

Noise-induced hearing loss (NIHL) is the gradual and irreversible loss of the ability to hear sound. In most Canadian jurisdictions, the maximum permitted noise-exposure level over an eight-hour period is 85 decibels or dB(A). Quebec allows a maximum noise-exposure level of 90 dB(A), while federal work-places cap it at 87 dB(A).

A scientific way to conduct noise-level tests is using a sound-level meter, which is a hand-held instrument with a microphone to measure sound that travels through air, says Beverley Borst, an advanced safety specialist with 3M Canada in London, Ont.

Another method is to use a noise dosimeter to measure the specific noise exposure of a worker: a dosimeter is placed on the worker’s shoulder with a microphone near the ear to calculate noise exposure over an eight-hour average.

Figuring out the amount of protection needed for a work environment is the very first step, followed by selecting a hearing protector to filter down the noise below the allowed limit for the provincial requirements. “The objective of hearing protector is not to eliminate sounds so that you can’t hear anything,” Dente says. “It is to reduce it below a dangerous level that will start to affect your hearing.”

THE LOW-DOWN
There are two types of hearing protection: earplugs are inserted into the ear canal, while earmuffs have soft ear cushions that fit around the ear and are held together by a headband.

The different types of earplugs available include foam roll-down, push-to-fit, reusable, disposable, banded and custom-moulded. For earmuffs, they can be worn over the head, attached to a hard hat or worn with a back band. “All of them are available in communication devices too,” Borst says.

According to Borst, the attenuation or noise-reduction rating (NRR) for earplugs in general ranges from 25 to 33 decibels, while the rating for earmuffs hovers between 20 and 31 decibels. “What we know is workers receive about 50 per cent of NRR for earplugs,” she says. That means for an earplug rated at 30, most users will get 15 decibels of that protection. Earmuff users get about 70 per cent of the protection.

One possible reason earmuffs seem to offer a higher protection is that it is comparatively easier to put an earmuff over the head than to insert an earplug properly into the ear canal. Borst cites research indicating that about 60 to 70 per cent of users wear their plugs correctly. That translates into a whopping 30 to 40 per cent of people not getting it right, which is “a fairly high percentage,” she suggests.

Earplugs may seem like a simple hearing protector, but it’s one that people may not necessarily know how to use properly. Part of the reason is lack of training and taking the time to insert earplugs properly.

Dente agrees that not inserting an earplug correctly can give people a false sense of protection. Unlike an earmuff that is straightforward to don, “an earplug is a lot of work to get it in place by comparison to be effective.”

Dente recommends giving employees training or a refresher course once a year on the negative consequences of not using hearing protection properly. “People really need to be attentive to make sure they insert it properly so that it is providing an effective seal,” he says

Industries such as manufacturing, construction and resource extraction, including water-well drilling, have high noise levels.

COMMON COMPLAINTS
When choosing hearing protectors, several factors need to be considered: fit, comfort, ease of use and compatibility with other personal protective equipment (PPE); the attenuation (noise-reduction rating) needed; and environmental factors such as humidity, ambient temperature or even the need for something compact if the wearer needs to access tight or confined spaces or is wearing a welding helmet.

According to Dente, the problem with earmuffs is that they can be hot to wear for a prolonged period. Its weight and the tight grip of the band can also exert pressure on the sides of the head.

If this situation occurs, a user will likely bend the wire of the earband to ease the pressure on the sides of the head, which can compromise the NRR, cautions Mino Alkhawam, product manager of DSI Safety Inc. in Laval, Que.

As for earplugs, they can cause pressure in the ear canal. “Everyone doesn’t have the same ear canal size,” Alkhawam says. “This is why it might act differently from one person to another.”

Some earplugs have a higher expandable foam that generates more intense pressure in the ear canal, while others have lighter pressure and expand slower, hence exerting less pressure, he adds. DSI has a new hearing protector, the NP106, which is designed with a bell shape to reduce pressure inside the ear canal but continues to offer noise attenuation with an air pocket between both ends of the earplug to absorb noise and vibration.

Getting the right level of noise attenuation can avoid overprotection of a worker that results in their inability to hear warning signals, noise from machinery and other sounds in the immediate environment. “You can have possible overprotection when sound level reaching your ear is less than 70 decibels,” Borst warns. “It is important to match how much protection you are getting with the noise level, and you need to consider any existing hearing loss because they may be at a higher risk of being overprotected.”

3M carries a new electronic earplug – the EEP-100 – that provides hearing protection and improves situational awareness in challenging environments. The earpieces are small and lightweight, making them compatible with most head-borne PPE. The earplug can be recharged via a micro-USB jack on the charging case, which stores the earpieces when they are not being used. It also offers different earplug tips: reusable and a comfortable push-to-fit that does not need to be rolled down.

The other type of earpiece 3M offers is a push-to-fit earplug. “What is nice about them is they are a foam plug, but they have a handle. So I don’t need to roll them down, and it is easy and fast to insert even for a novice user,” Borst says.

3M™ E-A-R™ Push-Ins™ Earplugs are available corded, non-corded and in metal-detectable options. The soft, flexible foam conforms to the unique shape of each ear for comfortable noise reduction. Its flexible stem requires no roll-down and makes it suitable for use by people who have difficulty rolling and inserting disposable foam earplugs, such as when their hands are soiled.

COMPATIBILITY MATTERS
For any PPE to be effective, users need to know the requirements of the work conditions and determine if there might be issues with compatibility.

For example, a worker who already has hearing loss as a pre-existing condition should consult a physician before using any hearing protection, Alkhawam advises.

For employees who need to wear a hard hat, most earmuffs are designed to fit most hard hats with a sided slot. Some earplugs come with cord so that they will not fall off onto a production line, while certain earplugs are required to be visible when worn, such as by those who work in the food industry. Some earmuffs come with an antenna so that a worker can listen to radio or plug into an iPod, Alkhawam explains.

One trend Dente observes is that more and more hearing protectors can be hooked into communication devices such as cellphones. “The thing that is really happening in the marketplace is technology is touching these products too,” he says, citing increasing affordability as another trend.

Proper maintenance is also important. “Every time you put your earplug or muff in, you need to inspect it,” Borst advises. “For foam plugs, make sure they are not excessively soiled or contaminated, and they return to original shape. For earmuffs, inspect for cracks or worn parts.”

The outside of an earmuff can be wiped down regularly with warm water and mild soap, and it is recommended that the cushion and the inner foam be replaced every six months or earlier if they are damaged, she adds.

One thing to look out for in an earmuff is the ring inside it, typically made of polyvinyl chloride or some composite material. “Look at them every day to make sure there is no tear in the seal because it will allow vibration or sound to get through if torn,” Dente cautions.

This article was originally published in OHS Canada magazine.