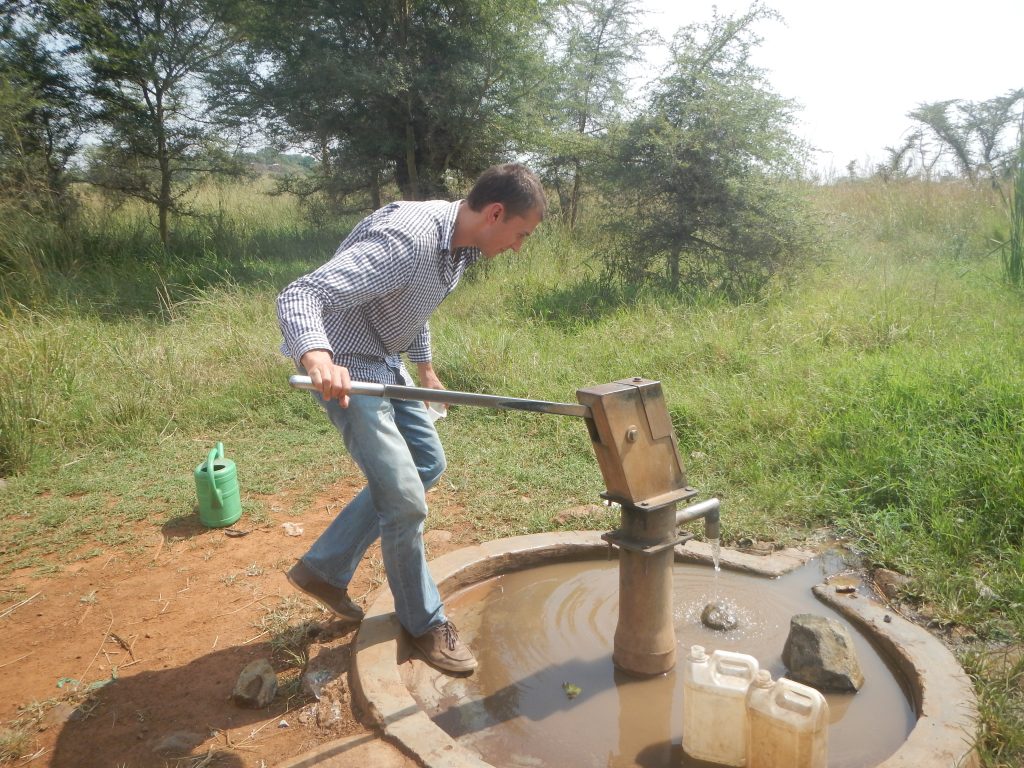 Twelve thousand years ago, Earth was a frigid place.

During the nearly 1.8 million years of the Pleistocene epoch, snow fell upon snow, creating a massive and heavy ice sheet that covered almost all of Canada and northern parts of the United States. Then, during the late stages of what we refer to as “the last ice age” some of this ice and snow was melting, releasing huge stores of water into the ground and between cracks in the rocks.

Even in parts of the Earth that were not covered in glaciers, like in the subarctic tundra of Europe and Asia, it was much cooler than today, and hunter-gatherers who formed early settlements saw large amounts of melting snow and rain seeping into the cracks of the rocks and soils, and flowing into rivers and streams.

All this precious water sustained animals, including huge beasts like the wooly mammoths that roamed the tundra back then, as well as humans, who began using the nourished soil to start farming.

Today, that “fossil water” from more than 12,000 years ago is still beneath our feet, forming most of the world’s store of fresh water that billons of people still depend upon, says University of Calgary hydrogeologist Scott Jasechko.

Jasechko recently led a study of the data collected from more than 6,000 wells around the globe, which found that fossil water is a huge part of the water we use today, but that it is vulnerable to modern-day contaminants. The research was recently published in Nature Geoscience.

“Ground water is an immense resource. It comprises about 99 per cent of all fresh water on the planet, and what our research is showing is that it is likely that more than half of this huge fresh water resource is fossil water,” Jasechko says.

In the arid parts the world today, fossil water is practically all there is to live on because there is so little fresh rain and snow. “There are countries like Libya, where the ground water is almost all fossil water. So almost all the drinking water in those regions is derived from rain and snow that fell during a much cooler and older time period,” he says.

Some fossil water lies closer to the surface, but most of it is pumped from deep wells, around 250 metres deep in ancient aquifers. The study estimates that between 42 and 85 per cent of the total aquifer storage in the upper one kilometre of the world’s crust and most of the water pumped from these deeper wells is fossil water.

Jasechko says since these wells are so deep, the conventional thinking was that the fossil water would be immune to contaminants from activities like agriculture and manufacturing that might cause pollutants such as pesticides, fertilizers or other chemicals to seep into the ground along with the more recent rain and snow.

But he and his co-researchers discovered this assumption was wrong. The study found that fossil water is vulnerable, even at those depths, because the modern-day rain and snow is mixing together with the fossil water. In fact, the researchers learned that about half of the fossil water from wells they sampled had some detectable amount of modern ground water.

Researchers can tell the difference between modern-day water and fossil water by measuring the isotopes of tritium that is a signature of our nuclear age, as well as Carbon-14 in the water.

Tritium, a radioactive isotope of hydrogen, is the unequivocal evidence of nuclear bomb testing starting in the early 1950s. Meanwhile, Carbon-14 has a half-life (or rate of decay) of nearly 6,000 years, so they know that if the water is depleted of C-14, it hasn’t seen the atmosphere for at least 12,000 years.

Jasechko is careful to say that the presence of tritium does not mean that our environment is dangerously radioactive. But it can be used as a “tracer” to distinguish between the water that fell more recently and the fossil water.

The researchers did not check for specific contaminants in this study, but the mere evidence of significant mixing of the fossil and modern water means that today’s rain and melting snow can potentially carry pollutants into the stores of fossil water, Jasechko says.

“The implication is that sadly, the things that we do today on the land surface may still impact the deep and ancient ground water resources,” he says.

How the mixing of ancient and modern water occurs in the deep wells is still rather unclear and a subject for further study, Jasechko adds. “It could be a natural mixing that happens through the different kinds of flow pathways under our feet, but it can also happen in the construction of the well itself.”

Well-drilling companies take tremendous precautions to protect the wells as they are drilled, “but in some parts of the world, there may be a leak in these wellbores and that could be a mechanism to explain the mixing of the very old and very young water,” he adds.

There is also fossil water that comes from the huge ancient ice sheet that once covered nearly all of Canada. As this Laurentide ice sheet melted from underneath, the water flowed underground and was stored in the porous spaces between the rocks, Jasechko says. One of his master’s students, Jessica Ellis, was recently collecting data on this source of fossil water that flows into streams in the Western Canada oil sands, to get a better understanding of where that water flows and how to protect it.

Jasechko does research on aquifers all over the world. He was recently in Namibia on the African southwest coast, studying the fossil water there. “We want to zoom in and really take a more focused look at fossil water in specific regions,” he says.

What’s emerging from all these studies is a clearer picture of how important, and how vulnerable, the fossil water really is.

Modern civilization depends on ground water, not just for drinking but also for everything from food production to manufacturing, Jasechko says. Yet this precious fossil water is a finite resource.

“In addition to managing the water quantity in a sustainable way we should also do our best to protect the fossil ground water resources from contaminants,” he says. “If you are a consumer, you need to consider how much water went into making the food or the goods that you use. We need to manage it in a sustainable way, and protect its purity.”