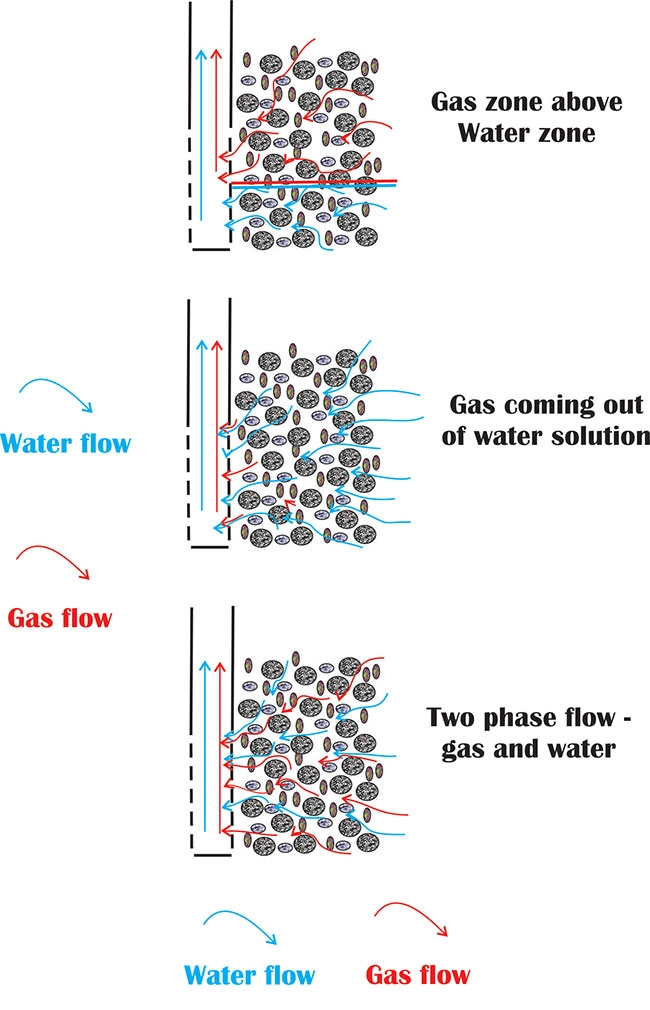 Figure 1. Gas flows in the subsurface by one of three mechanisms. Diagram courtesy Ken Hugo

Gas flowing in water wells is usually considered an undesirable situation. It is a common enough occurrence in some areas that systems are in place to handle at least some of the aspects of this gas flow.

However, gas flow in wells cannot be described in terms of one single composition, one source of gas, or one mechanism of flow through the subsurface. A little bit of familiarity with gas in water wells may be of useful knowledge for a water well driller.

We typically think of gas as methane as supplied by your local utility company. Much of the time the gas in the wells – or at least a large component of the gas – is methane. The gas in the well can also include other components such as nitrogen or carbon dioxide, which can account for a significant proportion of the gas. Oxygen may be present, but generally subsurface gases contain only a small amount of oxygen.

As was mentioned, the most common hydrocarbon gas is methane but small amounts of heavier hydrocarbons such as ethane, propane or butane sometimes can be found. Trace quantities of other gases may also be present. Hydrogen sulphide (H2S) may be present, which gives the gas a rotten egg odour even at levels of less than five parts per million.   Nitrogen compounds such as ammonia may also be present, giving a strong odour. Trace quantities of other gases such as helium or argon also can be present.

SAFETY AND HEALTH HAZARDS
Many of these gases can present safety and health hazards. Hydrogen sulphide gas is toxic at very low levels. Methane and other hydrocarbon gases may present an explosive hazard. The lack of oxygen may be a problem in itself, especially if the gases from a well displace atmospheric air in a confined space such as a well pit or cistern.

The gas can come from different sources and frequently the composition of the gas will give an idea of its source. Water wells that produce gases are almost always associated with sedimentary rocks, but the source has been split into two large groups: gases that are from recent decay of organic matter, typically in near surface environments, and gases that are from deep sources that have naturally migrated to the aquifers over long periods of time.

BIOGENIC VS. CATAGENIC
Gases from shallow sources are often formed due to bacterial reactions with organic material in the near surface. They are termed biogenic gases. Deeper gases are formed in deeper and older sediments under higher temperature and pressure conditions and are more likely formed due to chemical rather than biological mechanisms. They are termed catagenic gases.

Detailed analysis of the gases can be done to determine their source. Isotopic analysis of the carbon and hydrogen elements within the gas can provide conclusions not only on whether the gas is biogenic or catagenic but also from which deep geological formation the gases came.

HOW GAS FLOWS IN SUBSURFACE
Gas flows in the subsurface by one of several mechanisms, which can complicate both source knowledge of the gas and the productivity of a well. Three main mechanisms of flow are present and are illustrated in Figure 1:

Dissolved gas that comes out of solution – This phenomenon is familiar to anyone who has ever observed gas coming out of solution in a carbonated beverage. At high pressures the gas is dissolved in the water, but as the pressure is lowered in the aquifer by pumping the well the gas comes out of solution to form bubbles in the water.  If enough gas comes out of solution the gas can form its own flow stream. How much gas can be dissolved in water? Factors such as water temperature and salinity will influence the amount of gas in solution, but the amount of gas dissolved in water is mostly a function of the pressure. At typical aquifer pressures and temperatures, the volume of gas at the surface can be around 25 per cent of the volume of water produced (that is, a well producing one 1,000 litres of water will also “bubble out” 250 litres of gas at atmospheric pressure).

Gas and water flowing together – Gas and water can flow together in the subsurface. This dual-phase flow can lead to a detrimental effect, as the presence of one phase will lower the mobility of the other phase in the aquifer. This is known as a “relative permeability” effect. However, even in aquifers with less than a third of the pores occupied by gas, the water flow can be reduced by more than half.

Sometimes when a well is initially pumped there is just water with dissolved gas present and a good flow of water occurs. As the water level is lowered in the aquifer and well by pumping, the gas comes out of solution. Because a gas has much less viscosity than water, more and more gas may flow and fill up the pore spaces, with the result that the water flow decreases – an undesirable situation that can significantly reduce well productivity.

EFFECTS OF FRACKING
Finally, one would be remiss without a comment on the effects of hydraulic fracturing of gas reservoirs on aquifers. In Canada the gas zones targeted for gas production are much deeper than aquifers used for water supply and the scientific consensus seems to indicate that fracking does not lead to significant gas flow directly from deep gas zones to shallow aquifers through the fractures created by the process.

However, it may be that gas is flowing up poorly completed or abandoned oil and gas well bores from deeper zones into shallow aquifers, or perhaps due to operational error (such as fracking a shallow zone by mistake). These flow situations are not directly the result of a properly conducted frack operation.

Ken Hugo is a hydrogeologist with Groundwater Information Technologies (GRIT).