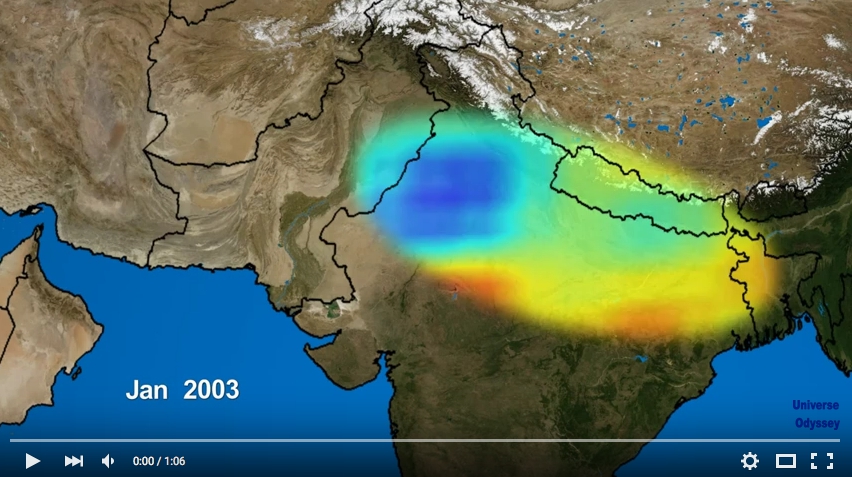 Greenbelt, MD – Scientists using data from NASA’s Gravity Recovery and Climate Experiment (GRACE) have found that the ground water beneath Northern India has been receding by as much as one foot per year over the past decade. After examining many environmental and climate factors, the team of hydrologists led by Matt Rodell of NASA’s Goddard Space Flight Center, Greenbelt, Md., concluded that the loss is almost entirely due to human consumption. The animation shown here depicts the change in ground water levels as measured each month from January 2003 to June 2013.