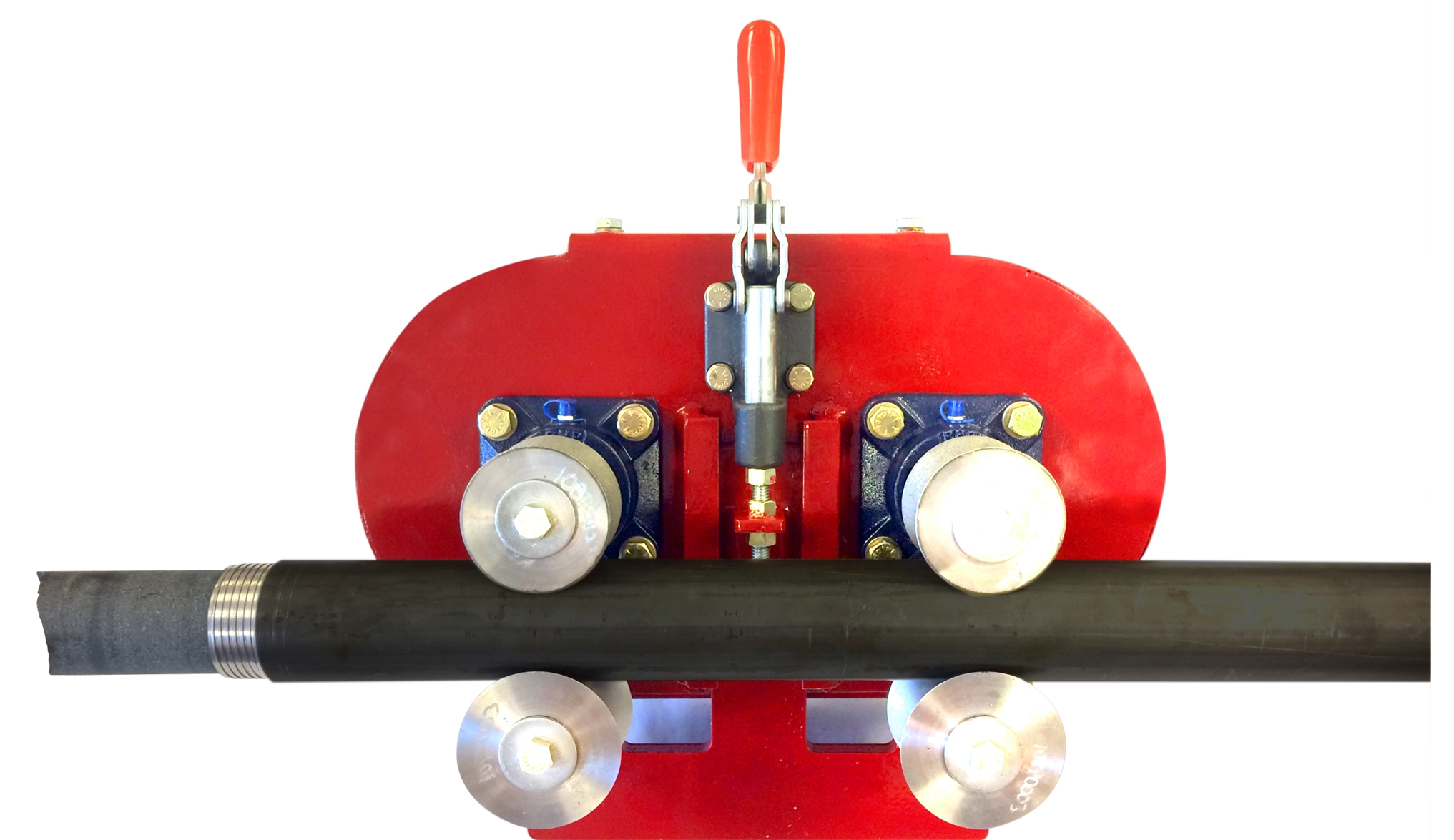 Toronto – VersaDrill Canada has worked with Groupe Rouillier and RIDD to produce an Inner Tube Puller for mineral drilling that could potentially have applications for geotechnical, geothermal or core drilling.

VersaDrill Canada of Val-d’Or, Que., demonstrated the device with the help of an electric power pack at the Prospectors and Developers Association of Canada (PDAC) convention Toronto in March.

Major goals of the design are to help prevent the back pain among drillers and to increase metres drilled per shift.

What makes it so effective is the roller surface, said Philippe Laplante, business development manager for VersaDrill. VersaDrill worked with sister company REDD (Research in Diamond Drilling) to develop a coating for the rollers made up of many small diamonds.

The diamond surface grips the inner tube and is able to pull 70 pounds – the weight of a full tube and rock sample.

Normally drillers would drill for about 10 minutes to a depth of three metres, then take about an hour to pull out the tube and refill it. The Inner Tube Puller allows drillers to extract up to 15 metres at a time.

The idea for a labour-saving device was conceived by a foreman for Rouillier Drilling of Amos, Que., who struggled to remove an inner tube at a mine site.

Laplante thinks it is an important technological innovation that could potentially have applications for geotechnical, geothermal or core drilling. “It could lead to autonomous drilling in the future,” he said.

They have sold 17 and expect to multiply those sales when contractors have had a chance to test the devices, Laplante reported.

The device is compatible with all drill brands and available for the company’s BWL, NWL and HWL models, with a version for the PWL in the works. It has a patent pending.