News
McCray stepping down as NGWA CEO in December 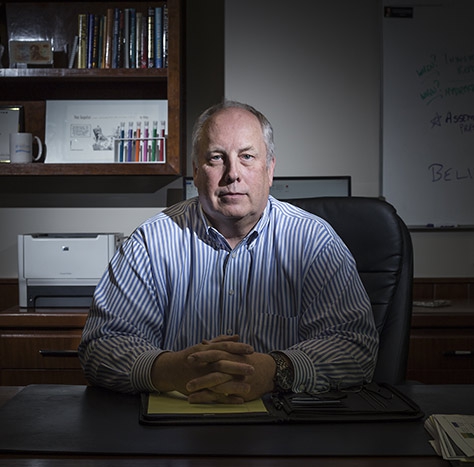 With Kevin McCray at its helm, the NGWA developed a set of industry best suggested practices and and worked with federal agencies, including the U.S. EPA, on a variety of programming benefiting the ground water industry and well owners. Photo courtesy National Ground Water Association

Westerville, OH – After more than 34 years of combined employment by the National Ground Water Association and its subsidiaries, including more than 20 as chief executive officer, Kevin McCray is retiring as CEO at the end of this year, the association reported in a news release.

“I am humbled and gratified by the many diverse opportunities afforded me during my service to the Association’s membership, as well as to the larger global ground water community,” McCray told the board. “All in all, everyone has been an honor to serve.

“It has also been my special reward to work beside exceptionally dedicated and member-focused staff colleagues throughout my NGWA career. I am confident I learned far more from them than ever could be tallied. They are NGWA, through and through.”

McCray first began work for the association in 1979 as an assistant editor in its publishing subsidiary. From 1983 to 1985, he worked for an industry manufacturer, and returned to NGWA in December 1985, serving in a number of roles until being named the association’s executive director in August 1995. He also serves as the chief executive of the association’s foundation.

With McCray at the helm NGWA has accomplished a multitude of achievements greatly impacting the ground water community in the last 20 years. The following are just a few of those accomplishments:

NGWA board president Jeffrey Williams is activating a task group from within the board of directors, which will meet to review a recommended transition timetable and related actions, as well as expectations for the future CEO. He anticipates the search beginning in the first quarter of 2017. NGWA is not currently accepting resumes and is not taking calls or emails about the position at this time.

Williams anticipates the new CEO will assume his or her duties in conjunction with the 2017 Groundwater Week annual meeting and trade exposition Dec. 5-7, 2017, in Nashville, Tenn.

“During my time on the board, especially as president, I have looked to Kevin for guidance on many issues,” Williams said. “He has never failed to be thorough, forthright, and professional. He maintains a tremendous amount of insight and knowledge on so many subjects.

“As Kevin opens a new chapter in his life, NGWA must do the same. I anticipate this to be a challenging but rewarding experience. Kevin has set the bar very high with his level of service and dedication, but NGWA must now embrace the opportunity to find a person that can continue to lead our Association forward. We will work hard to ensure this transition is a positive move for both Kevin and NGWA.”