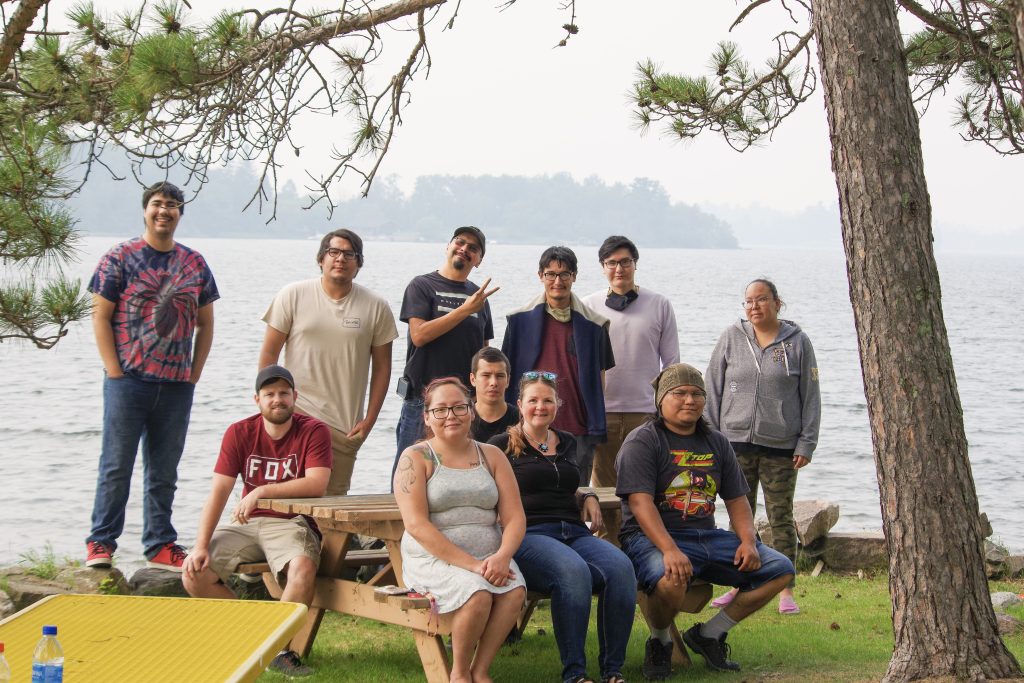 Toronto – Eleven interns of a drinking water internship program for young Indigenous adults have graduated. Of the cohort, 91 per cent are now water operators in training, having earned their OIT certification.

The program is run by the Bimose Tribal Council in northwestern Ontario and Canadian charity Water First. It is funded in part by Indigenous Services Canada and Water First donors.

Graduates of the internship program are from 10 participating First Nations communities across the Bimose Tribal Council region and are supporting their communities to ensure clean drinking water.

“The grit that the interns demonstrated throughout the pandemic has been truly impressive,” said Jag Saini, project manager and instructor with Water First. “Their ability to adapt is what stood out, especially learning new content virtually, which was originally designed as an in-person, hands-on program,” he added.

The first six months of the project, beginning in 2020, were to consist of in-person workshops, hands-on projects, and a solid exam date at a predetermined location. Instead, while waiting for pandemic restrictions to lift, the interns situated themselves in front of computers in hotel rooms separate from one another, yet just close enough to be able to gain tech support should they need it during “in-person, virtual training” workshops. Water First was also able to secure the final OIT exam location close to where the interns were located, instead of the interns having to travel extensively to take their exams.

These and other unconventional support structures have made all the difference in generating “a-ha moments” for the interns, which have been instrumental in such a high achievement rate. Strategies for learning the material in a variety of different ways have also been key to success. This new, blended model of virtual and onsite learning will influence the program for future cohorts.

Adam Peacock, technical services officer at Bimose Tribal Council, has been working with Water First for two years. He noted about the program, “The time, effort, and persistence has been remarkable. Our communities’ needs have been fulfilled at Bimose and I hope that other communities take advantage.”

In the late summer, as pandemic restrictions lifted, the interns provided meaningful support to water treatment plants in their communities, performing readings and samplings to offload some of the work throughout the term of their placements. In one instance, when the only operator had to take a sick day, the intern was able to keep the plant running, providing clean water to the community. In another, the plant’s sole operator has been thinking of retirement yet had no replacement until the internship. In both cases, these new operators in training are now mentoring other interns.

“They are heroes without capes,” said Jon Kocis, hub manager at Bimose Tribal Council. “The importance of the water treatment role is critical, and it’s often overlooked. It isn’t as glamorous as the role of paramedics or police officer, but without it, communities would be in crisis just the same,” Kocis explained.

Graduate Nathan Copenace, from Washagamis Bay First Nation, is committed to protecting his community’s water from contamination and learning more about how his community can develop their own source water protection plans.

“I found out why it was so important to understand what a water treatment plant operator is. They don’t just make clean water – but water for emergencies like fires,” he said.

“I am in the program to learn how to treat and provide safe drinking water to my community,” said graduate Kim Greene of Iskatewizaagegan 39 (Shoal Lake 39). “Water is sacred in my culture, and very important to the giving of life to all things. I especially want to provide safe drinking water to my daughter and mother, as well as my fellow community members,” she added.

The OIT certification, issued by the Ministry of the Environment, Conservation and Parks, is the first step in becoming a fully certified water treatment plant operator. Graduates have spent the last 12 months gaining 1,800 hours of water plant experience and completing the entry-level course, in partnership with Walkerton Clean Water Centre, in preparation for their level-one certification exam.

Bimose Tribal Council and Water First began the full 18-month project in February 2020, on the heels of a successful pilot project between Water First and seven First Nations on Manitoulin Island, Ontario.

Together with the United Chiefs and Councils of Mnidoo Mnising, Wiikwemkoong First Nation, and Anishinabek Nation, the partners trained 10 young Indigenous adults in drinking water and environmental water management. Within weeks of graduating, seven out of 10 interns secured work in their local water treatment plants or in the environmental water field, and one graduate pursued further water studies at college.

Many First Nations with drinking water challenges have identified the need for more young, qualified and local personnel to support solving water issues independently and for the longer term. Indigenous communities do not receive adequate education, training or employment supports when it comes to attracting and retaining young people in the water science fields. These supports are critical to ensuring the long-term sustainability of Indigenous drinking water systems.