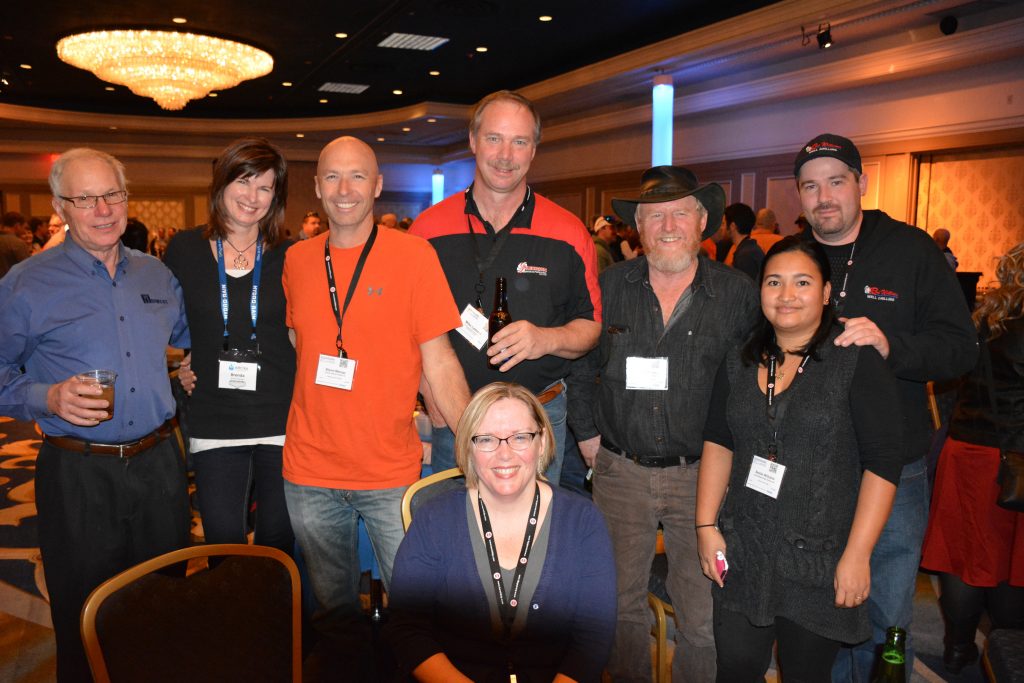 Las Vegas, NV – Groundwater Week, put on by the National Ground Water Association in Las Vegas last week, offered a variety of sessions presenting some of the latest developments that affect water well drillers and opportunities to grow their businesses.

The annual conference and trade show opened in Las Vegas today, with some 5,000 people expected to walk the trade show floor and take in a wide variety of technical, regulatory and business educational sessions.

Approximately 4,000 more roamed the halls of the Irrigation Association conference next door, which for the first time is being held concurrently with the NGWA Expo, said David Evenor of the NGWA.

What follows are a few highlights (with more to come online and in the Winter print issue):

Rick Oberle ticked through the features and advantages of his Well Magic business administration software, which he designed especially for water well contractors to help corral many of their business functions, from job invoicing and estimating to advanced data searches to organize job types and data.

Whichever software you use, Oberle said, it’s important that it be location-based rather than customer-based to keep information current when properties change hands, as they often do.

At another well-attended session, Jeff Frank, a product development representative from Franklin Electric, may have opened some contractors’ eyes to the potential of solar-powered pumping of water. Solar innovation has brought down the cost of solar power to the point where it’s not nearly expensive as it used to be, Frank said. The figure was $76 per watt in 1977 versus the 30 cents per watt it now costs in 2015.

Pump designers used to design pumps to use as little power as possible, he said. With costs down, designs can now be driven by water usage needs. While there are a lot of opportunities in agricultural applications, private homeowners seeking alternatives to traditional types of power represent a growing potential customer base contractors can access through homeowner and real estate associations.

Canadians Red Williams, Thomas Williams and Blaine Matuga chatted with Ground Water Canada about ground water fracking after attending a session on best practices led by experts Stuart Smith and Jeffrey Williams, who walked through some common scenarios where it may be used. The Williamses, who own a well-drilling company in British Columbia, said they have used the practice, building on past successes to develop effective practices.

A peer-to-peer discussion of current issues affecting well drillers in the U.S. and Canada took place in the afternoon, and several Canadian members attended. Water rights in Minnesota, PFOA contamination in New York State and attracting younger members to associations were all hot-button topics.

Look for more on Ground Water Week, including news from the Canadian contingent and the always buzzing trade show floor, at www.groundwatercanada.com and in the Winter issue.