Features Water Issues
Nightmare In The North: a timeline of Iqaluit’s water emergency 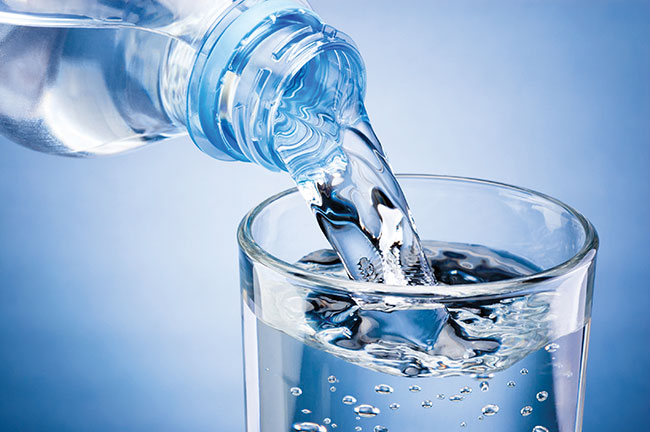 The past few months were a trying time for residents of Nunavut’s capital city. The roughly 8,000 residents of Iqaluit were caught in the midst of a water crisis that had its beginnings in early October.

Its drinking water was deemed unsafe for human consumption following a string of events that lingered for more than two months until health officials finally declared it safe to drink on Dec. 10.

The situation in Iqaluit started simple enough, with complaints posted on Facebook about an odour coming from the tap water and reports of headaches and dizziness. Such occurrences were first reported on Oct. 2, and, since then, a rollercoaster ride ensued over the subsequent weeks, with unanswered questions, the involvement of Canada’s military, labour issues, and the call for political action.

Although Iqaluit’s drinking water can be safely consumed again, residents have been told a lingering odour may still persist upon first turning on the taps. The city has suggested the smell should disappear within 20 minutes of taps running.

The following is a timeline of events that transpired during the more-than-two-month water crisis in Iqaluit.

Oct. 2: Residents complain about odours coming from their drinking water with some claiming to suffer headaches and dizziness.

Oct. 4: Water samples are taken from several areas at Iqaluit’s water treatment plant, but tests come back clean. The city says test results are satisfactory, suggesting chlorine may have been the cause of the reported odours.

Oct. 12: The city detects a strong gas smell coming from a containment tank for holding water treatment chemicals. The city hires an engineering firm to further investigate, but recommends residents refrain from drinking tap water. An emergency meeting of Government of Nunavut officials is called with the suspicion that a petroleum product has entered the water system. Water trucked in from the Sylvia Grinnell River is distributed, but the city suggests water should be boiled before it is consumed.

Oct. 13: The water issue prompts the closure of government buildings during the afternoon while 80,000 litres of bottled water are flown in from the south and distributed.

Oct. 14: A state of emergency is declared in Iqaluit by the Government of Nunavut to protect the public’s health and city infrastructure. Shipments of bottled water are gone within hours after arrival with more to be delivered in the days ahead.

Oct. 21: The city tells its residents it is doing everything in its power to ensure the community has safe and reliable drinking water.

Oct. 24: The city completes its first round of flushing Iqaluit’s water pipes while the in-ground tank containing the high concentrations of contaminants in the water treatment plant are isolated, pumped out for remediation and cleaned. The ongoing investigation suggests potential hydrocarbon contamination in the soil and/or ground water outside the water treatment plant may have leached into the affected tank.

Oct. 27: The city says it expects the latest tests to show undetectable levels of fuel in the drinking water. An old fuel spill in the ground beside the treatment plant is found and thought likely to have contaminated the water. Canadian Armed Forces personnel is called in to help with the water emergency.

Nov. 3: The drinking water is said to meet national standards, but a review by the territory’s chief public health officer is necessary before a do-not-consume order can be lifted.

Nov. 8: Now into the fourth week of the crisis, Canadian Armed Forces personnel set up a reverse osmosis purification system of water drawn from the Sylvia Grinnell River. The purified water is made available at water filling stations in the city. Residents and businesses on trucked water services return to a do-not-consume order.

Nov. 9: Responsibility for the cause of Iqaluit’s water crisis remains undetermined as the issue approaches a full month.

Nov. 11: The onslaught of winter and plummeting temperatures challenge the military to continue its reverse osmosis strategy in drawing water from the river.

Nov. 15: Most of the community’s contaminated water is found in the north tank. The engineering firm hired to eliminate the contamination can’t predict when the do-not-consume order might be lifted.

Nov. 16: Federal NDP leader Jagmeet Singh says he plans to push the federal government to spend the money needed to fix Iqaluit’s water infrastructure. Iqaluit council also approves construction of a bypass around the contaminated ground tanks at the city’s water treatment plant. A special meeting is held to discuss the matter. Water from Lake Geraldine could bring water around the tanks and go through an ultraviolet light treatment and chlorination process before entering the above-ground holding tank and distribution system.

Nov. 17: The Canadian military’s assistance is extended for the operation of its water purification system. An additional 12 personnel is to join the 23 troops on site.

Nov. 23: To help oversee the distribution of water to city residents, additional help is hired at a pay rate of $33.67 an hour. Dwindling volunteer energy triggers the need to hire additional help.

Dec. 1: The crisis surpasses 50 days without an end in sight. The situation creates a staffing shortage in the city, with recreational staff distributing bottled water.

Dec. 10: After more than 60 days, the city’s drinking water is deemed safe for consumption. Lingering odours are said to disappear if tap water is allowed to run for 20 minutes.