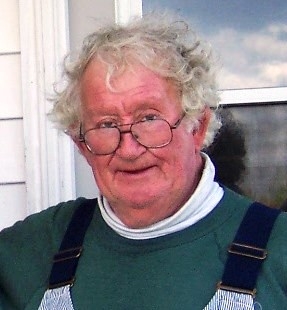 Professor John F. Jones influenced many students as a teacher and mentor at the Nova Scotia Department of Mines, and the future of sustainable ground water use as director of the Water Planning and Management branch. Photo courtesy Terry W. Hennigar

John F. Jones was a scientist and educator who left his mark on ground water in Canada. Jones passed away on Nov. 26, 2016, at the age of 82. Through Jones’ former students, now practising professionals, we reflect on his immeasurable contribution to ground water education and policy.

What follows is a tribute to Jones submitted by Terry W. Hennigar, senior engineer and hydrogeologist at Water Consulting, and other former students and colleagues of Jones’ who appreciated what Jones did for them as well as for the people of Nova Scotia.

When the study of ground water and hydrogeology as a science was still in its infancy in Canada, Jones, who held bachelor’s and master’s degrees in science and a professional engineer designation, was hired as the first practising ground water specialist in Eastern Canada. John was working with the Alberta Research Foundation as a ground water geologist on a project in the Peace River area of Alberta. His mentor and boss on that project was none other than Robert Farvolden, who went on to head up the new earth science department at the University of Waterloo in Ontario, where the hydrogeology program became one of the best in Canada and was recognized around the world.

The Nova Scotia Department of Mines recognized ground water as a valuable mineral resource and established the “Groundwater Section” in 1963 to evaluate the occurrence and characteristics of the resource. Acadia University also introduced the first accredited course in hydrogeology in 1963. This was the first course offered at a university in Eastern Canada. Earlier ground water studies had been ongoing in Alberta, Saskatchewan and Manitoba since the 1950s.

As chief of the new Groundwater Section, John knew what equipment, staff and budget were required to carry out the work. The field methods, equipment and technical training required were basically the same as those required for mineral and petroleum exploration, mapping and natural resources evaluation. The focus on ground water as a resource was new and has been practised for only about 50 years in Nova Scotia, whereas mineral and petroleum exploration goes back well over 100 years.

During the early 1960s worldwide attention was focused on water in general through the United Nations International Hydrological Decade Program. The deputy minister of mines at the time was Dr. J.P. Nowlan, who represented the province on the Canadian Committee of the IHD Program. Dr. Nowlan approached him at one of the national meetings and asked if he would like to come to Nova Scotia and start a ground water program. John didn’t hesitate, and if you knew Dr. Nowlan you’d know it would have been very difficult to say no!

John’s mandate was to provide an overview of the ground water resources of Nova Scotia and an understanding of the relationship of ground water to the other water resources of the province. He gained great support from whomever he approached for collaboration, support or financial resources. He was a great communicator and very convincing with his arguments.

His approach was not only to have his people deal with and solve day-to-day individual problems that cropped up but also to look into the future to see the “big picture” of managing the province’s ground water resources by undertaking regional ground water resource evaluations. This broad view extended off the mainland to Sable Island, long before it became such an area of interest and that evaluation now supports the development of Canada’s newest national park. Jones’ field approach to learning about the hydrogeology of the province through practical application of university teaching and learning from well drillers was excellent training for his staff. His selection of staff included both men and women, long before equal representation became in vogue.

John’s specialization in hydrogeology was the Quaternary Age, characterized by its glacial deposits, and in the beginning he focused on mapping and evaluating these deposits in the Annapolis-Cornwallis Valley and the Truro area. It was not long before he recognized the aquifer potential in the sedimentary bedrock units as well. As part of the IHD program, he also established the basis for a provincewide ground water observation well network. All components of the hydrological cycle were covered in the four research watersheds established during the late 1960s and early 1970s.

The monitoring of water-level trends, the application of sustainable ground water use and withdrawals from the fresh water aquifers underlying the province were the focus of the Groundwater Section. The location and rates of ground water withdrawals could be better understood to support future large-capacity withdrawals for developments of agriculture, industry, municipal, geothermal and other water uses throughout the province. Meeting these objectives required implementing a number of activities, including exploratory drilling, water sampling and analyses, pumping tests, education and teaching.

Exploratory drilling
The N.S. Department of Mines had a drilling division that carried out exploratory drilling for minerals in support of various mineral plays throughout the province. John was able to equip and staff a group with the province’s first hydraulic rotary drill rig brought in from Alberta. Drilling projects were completed throughout the province in support of research interests in evaluating and developing ground water as a large-scale water supply.

Water sampling and analyses
In areas where follow-up drilling was successful in identifying aquifers, test wells were constructed, pumping tests were carried out, and water samples were collected and analyzed for general chemistry. All the early analyses were for general chemistry and the parameters of interest were the main anions (chlorides, nitrates, sulphates) and cations (iron, manganese, sodium, calcium, magnesium), hardness, alkalinity, and pH. Other inorganics such as arsenic, uranium, and organics that were later identified as being of concern by Health Canada in the Guidelines for Canadian Drinking Water Quality were later added to the lists of recommended analytes.

Pumping tests
Many aquifer hydraulic methodologies used in the United States and Western Canada were introduced in Nova Scotia to staff and to well-drilling contractors through workshops, meetings and field demonstrations: carrying out continuous, constant-rate pumping tests; measuring drawdown in the pumping well and nearby observation wells; plotting the data; and calculating the hydraulic parameters of transmissivity and storativity.

Education
The main interest in the beginning was assisting members of the Nova Scotia Well Drillers Association (now the Nova Scotia Ground Water Association) in understanding the new and evolving science related to ground water. It was during the 1960s that the Well Drilling Act was passed, requiring all drillers to register with the province and to submit a well log for all wells constructed as a source of water. John led the way in convincing the drilling contractors of the benefits of the well logs and keeping good records.

In 1973 the Nova Scotia Department of Environment was established with a new mandate. Ground water programs were transferred to the new department, which had a very different approach to the resource: its priorities were protection, inspection, enforcement and environmental assessments. John became director of the Water Planning and Management branch and served in that capacity until he retired. One of the many important roles played by the department was managing ground water use through water withdrawal permits for water uses greater than 23,000 litres a day. Such permits require detailed assessment, monitoring and reporting to ensure sustainable use without interference to other nearby users. In 2002, Regulations related to Public Drinking Water Supplies were created incorporating monitoring and reporting requirements.

John Jones was a mentor to many hydrogeologists who still practise their profession today. He led the Atlantic provinces in developing the science and raising the interest and importance of ground water as a vital resource. During the latter part of his career, he was the senior policy advisor to Nova Scotia’s deputy minister of environment. Although the word “sustainability” wasn’t used as it is now, by the time John retired in 1991 the practice in Nova Scotia was to manage our ground water resources with sustainability of the resource in mind. He was a visionary, and the right man for the right job at the right time!

Versions of this article appeared in the Engineers Nova Scotia bulletin and the Nova Scotia Department of Natural Resources newsletter.