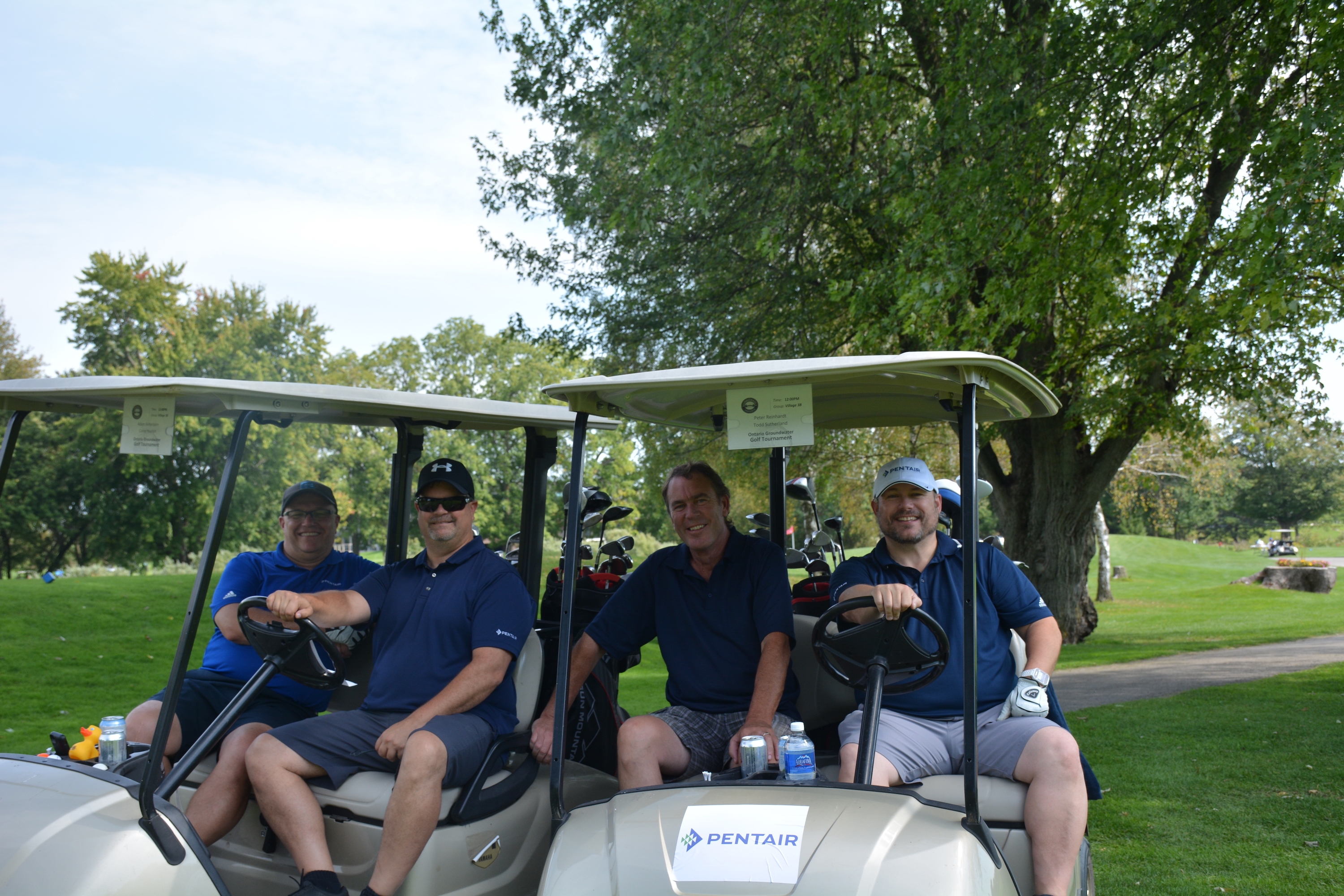 Through registrations, donations and the sale of silent auction and 50-50 tickets, the event raises funds and holds them in an interest-earning account to be dispersed each year to the recipients at its annual convention, which next will be held March 27-28, 2020, in the Muskokas region.

A final total of funds raised was not available at press time.

Sunny skies brought out 102 golfers to the Conestoga Golf and Country Club in Conestogo, northeast of Waterloo, Ont. One hundred twenty attended a dinner and silent auction afterward.

A bounty of great prizes and auction items were up for grabs, including Gord Bailey’ one-of-a-kind handmade table with a well screen set in the middle.

Special prizes were awarded. Mike Brindley of Wellmaster won the putting contest with a score of 85. Kevin Nevill of Epiroc won a prize basket donated by Canpipe. Other prizes were awarded for closest to the pin, longest drive and other distinctions.

To the amusement of attendees, Gerry Lafontaine of Black Diamond Drilling Tools presented hockey sticks to players deemed the “worst golfers” and encouraged them to take up hockey instead.

Paul Conrad of Conrad Well Drilling in Parry Sound, a Fleming graduate who initiated the annual event, thanked sponsors, donors, members, staff and volunteers for their participation in the day. “It’s very gratifying to see this event grow from its beginnings two years ago,” he said.