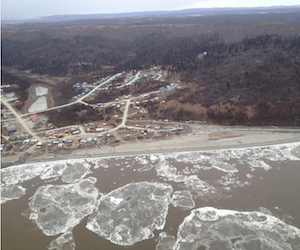 Anchorage, AK – New research led by the United States Geological survey shows permafrost loss due to a rapidly warming Alaska is leading to significant changes in the freshwater chemistry and hydrology of Alaska’s Yukon River Basin with potential global climate implications. The loss also allows much more mineral-laden and nutrient-rich water to be transported to rivers, ground water and eventually the Arctic Ocean. The USGS reports. | READ MORE