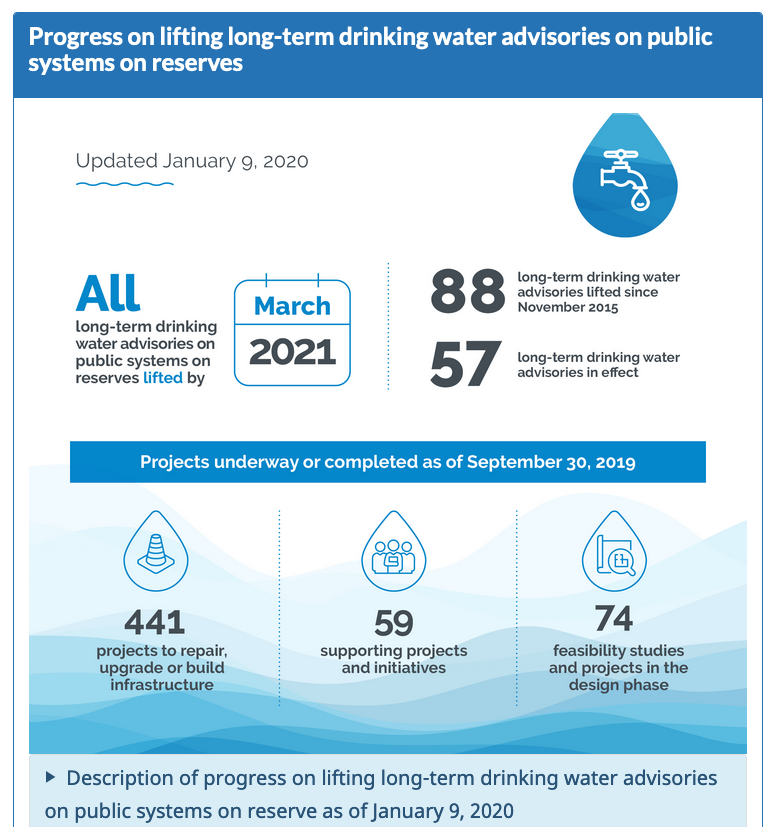 Since November 2015, 148 short-term drinking water advisories have been lifted before becoming long-term.

A drinking water advisory in Shamattawa First Nation, in Manitoba, became long-term on Dec. 6, 2019, after being in place for more than 12 months. The advisory was put in place in December 2018 due to mechanical and operational issues with the water treatment infrastructure. Indigenous Services Canada (ISC) continues to work in partnership with the First Nation to identify and implement a short-term solution. Plans to expand and upgrade the public water system for the long-term needs of the community are currently in early stages.

In total, 574 water and wastewater projects have either been initiated or completed since the 2016 federal budget. These projects include new, upgraded or repaired infrastructure, and feasibility and design studies to ensure First Nations have the right infrastructure systems in place for growing communities. To date, 265 projects have been completed and another 309 are underway benefitting 606 First Nations communities across the country.