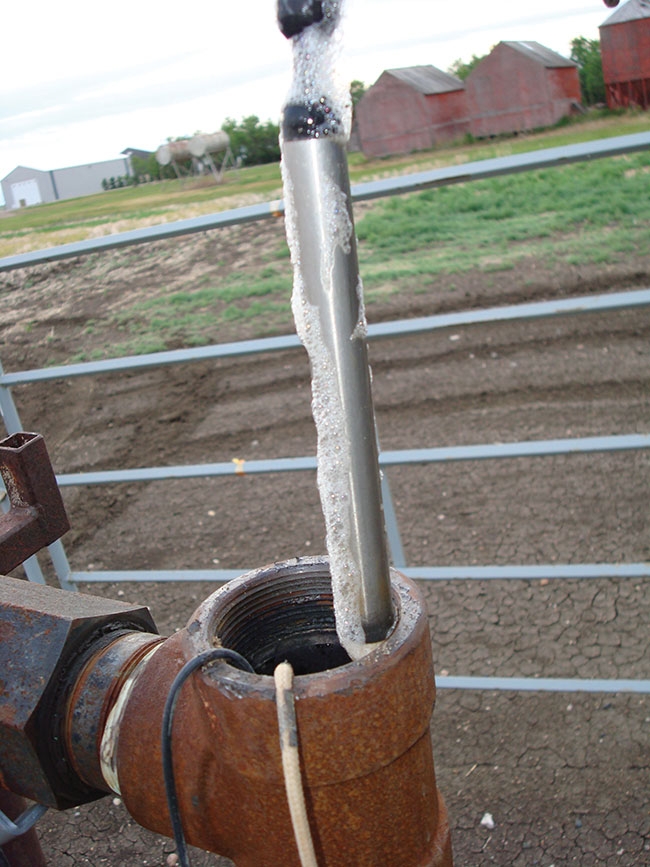 Fig. 3. Froth on the pressure transducer when removed at the end of the test. Photo by Ken Hugo

No well driller wants to encounter a water well that produces gas. Besides the danger associated with gas production, which may be flammable or explosive, problems can also arise with gas locking of pumps and/or pressure tanks.

In addition to these problems, obtaining a water level in a water well that is producing gas is a process that can be fraught with errors.

Water-well drillers are frequently called upon to undertake pumping tests where measurement of the water level, often to accuracies of one inch or less, is required. Pumping test analyses using data from a water well that produces gas yield water-level data that do not “behave” properly, making interpretation difficult.

To illustrate this behaviour, a recent well-test program was undertaken on a well in southwestern Saskatchewan that obtains water from sandstones of the Cretaceous-aged Judith River Formation at approximately 200 metres’ depth. Overlying this formation is at around 150 metres of shales termed the Bearspaw Formation and 50 metres of silt and clay tills.

The Judith River Formation is known in the area to produce gas as well as water. In other parts of Saskatchewan and Alberta where the formation is deeper the Judith River is sometimes an exclusively (or largely) gas-producing zone. Within this area the gas seems to be comingled with the water, either flowing with the water or exsolving out of the water as the pressure is lowered, similar to gas coming out of a carbonated beverage when the cap is removed.

As the well was known to contain gas an opportunity was presented to more carefully study the water levels in two wells – a production well and an observation well – during a 48-hour pumping test with the well pumped at a rate of 310 cubic metres/day for 24 hours and water levels read for the 24-hour pumping period and a 24-hour build-up period after pumping ceased.

A graph showing water levels with time in the observation well during the pumping test with a transducer at 60 metres (blue line), a transducer at 30 metres (red line) and with an electrical tape meter (green line) is shown on Fig. 1. The two pressure transducers show good response and curve form typical for a well test and the results can be interpreted with some confidence. The water-level meter shows a rising water level during the pumping portion of the test (where water levels would be expected to decline).

Fig. 4 shows water levels read in the production well with a pressure transducer at 100 metres (blue line) and water-level measurements taken at intervals using an acoustic well sounder (green line). As before the meter reading, the uppermost surface of the water does not show the expected response during a pumping test, with the froth mixture rising in the well during the pumping test as gas comes out of solution.

Fig. 3. Froth on the pressure transducer when removed at the end of the test.

Although the water-level readings from the two pressure transducers in the observation well track closely together, as shown on Fig. 1, some divergence is observed. The scales were expanded to show this divergence more closely in Fig. 5. As can be seen, the divergence is real and seems to be increasing with time. As also can be observed, the “noise” of the shallow transducer (red line) is greater than the noise of the deeper transducer (blue line).

Although the data is presented as a water level, pressure transducers do not directly measure water level but measure (as one would expect) pressure. The pressures are converted to a water level using a density value for water. Typically, a value of 1,000 kilograms/cubic metre of water is used, although slight variations of this density may be present due to changes in water temperature or (more importantly) salinity.

With gas in the water, however, the frothy water column results in a thicker column of water (as observed by the electrical meter) but at a much lower density, two factors that tend to counteract but not quite cancel out each other with respect to pressure at some depth. The change in density due to this frothing is likely quite variable throughout the well, with the result that pressure transducers placed higher up may experience quite a bit of noise and error as variation in the intensity of the froth moves throughout the well.

In summary, care must be taken when performing a pumping test where gas along with water is produced. Satisfactory water-level readings seem to result when using pressure transducers placed as low as possible in the well.

Instruments that measure the water surface in the well give the least reliable results, but the rising water levels during the pumping portion of a test can be used as an interpretative tool to suggest that gas production is present in a well. This is a piece of information that can be of value when using a water well as a long-term water source.

Ken Hugo is a technical director and hydrogeologist with Groundwater Information Technologies (GRIT).