Undercutting is still an issue in the water well drilling industry 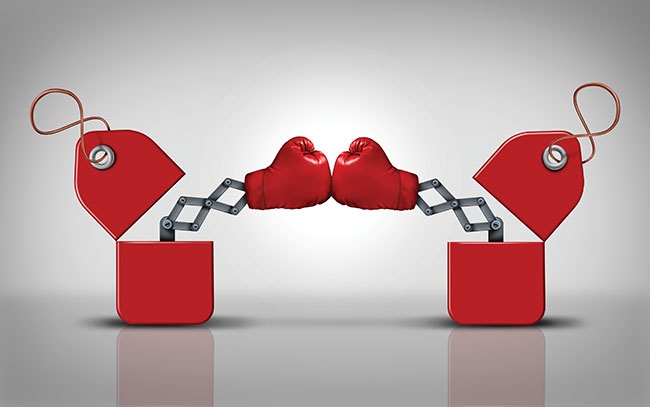 Competition is good because it keeps everyone in line, says George McAllister of McAllister Drilling in Lloydminster, Sask., but “it would be nice if we could have provincial regulations that get everyone more on the same playing field in terms of well standards.” Photo: Fotolia by Adobe Stock

In a 2011 story in Ground Water Canada, undercutting was identified as a big issue across the country. Back then, we were told by some in the industry that undercutters charge less because they need more work to make a living, because they are taking shortcuts, or because they don’t plan to be in the business over the long term and therefore don’t need to cover the future costs of replacing drilling equipment and vehicles.

We’ve now checked in with a mix of previous and new interviewees to see if the extent of underpricing has changed, and if so, whether the reasons for it are still the same.

First let’s look at underlying factors, like degree of competition. Work is much scarcer nowadays in Ontario compared to a few years ago, says Ontario Ground Water Association executive director K.C. Craig Stainton, but that doesn’t mean competition is fiercer. “In recent years, the ‘Provincial Policy Plan’ has been to basically forbid development ‘off grid,’ ” he says, “which, in their terms, is [off] municipal water and sewer.” Stainton notes that this has caused some drillers to leave the business entirely. In his area north of London, Ont., for example, there used to be four local well drillers and now there are none. Two firms travel in for the remaining business from farther afield.

Competition, however, is stronger in Alberta right now, says George McAllister, director with the Alberta Water Well Drilling Association and partner at McAllister Drilling in Lloydminster, Sask., which services customers in both Alberta and Saskatchewan. He believes competition will intensify in future in Alberta, as the government increases pressure for development of subdivisions that use only piped water. McAllister does think competition is a factor in price undercutting being at the same level as it was in 2011, but also links it to drilling firms that owe the bank and need more work and to drilling firms that aren’t in business for the long term. Provincewide, however, it’s hard for him to say how much business is being lost in Alberta to price-cutters. “It depends on the area, how much competition there is and how aggressive others are,” McAllister observes. “For us, I’d say we lose about 40 per cent of potential business to those offering a lower price.”

In British Columbia, Kathy Tixier says the domestic drilling market is steady, with housing starts doing well in rural areas such as Vancouver Island and Okanagan Valley. “In the Fraser Valley, some communities are tying into expanding municipal water systems, but this hasn’t been identified as a problem for water well drillers,” notes the general manager at the B.C. Ground Water Association. Tixier adds that where there are a small number of drilling companies serving a particular region (for example, Vancouver Island and Fraser Valley), price cutting is not an issue, as their rates are all very similar. But where there are more drilling companies, old and new, big and small, serving a larger area (for example, northern B.C. and the Kootenays), there are more reports of price cutting. “Many of the more established firms don’t play the cost-cutting ‘game’ because they rely on their salesmanship, reputation and experience to win jobs,” she says. “They argue that there is more to bidding a job than price, but admit that it takes courage to ‘stand your ground.’ ”

PRICING
In B.C., prices currently vary from about $43 to $50 per foot, including casing. When bidding on a job, Tixier says most companies give a footage price (which factors in fuel, equipment wear, operator wages, etc.), but list mob and demob, and other “add on” items (for example, surface seals, K-packers, screens, well caps) separately. Most also specify an hourly rate for standby and travel time, and a per diem for out-of-town jobs.

In Alberta, McAllister Drilling charges about $40 a foot for typical residential drilling (drilling and casing only). He says cost estimates in Alberta usually also include pumps, screens and so on, depending on the area.

In Ontario, Stainton says his research indicates that drilling with six-inch casing is $48 per foot, a four-foot stainless steel screen is $1,500 installed and the provincial environmental package is $1,000. “A pumping system is generally $4,000 within 40 feet of the house/building,” he reports. “In Muskoka and some other areas, it is common practice to quote just one price with a guarantee of water. With this method some clients pay less than they should and some more, but the driller looks at the average and the year. I’m not sure this is my favourite approach, but I can certainly see where it would mean easy sales.”

Stainton believes that “when you consider capital equipment costs, maintenance, replacement, labour costs (hourly rates, WSIB and benefits), insurance and the costs of meeting regulations (proper compliance) and then the costs for goods for the well and profit margins, the well drilling prices per foot are too low.” He thinks that in order for drilling businesses “to get anywhere today at the current prices,” they must drill every day and consider the profit on the whole season as opposed to per well. “The guys who are making money on every well and are driving the prices down,” he observes, “are those who are not following the provincial regulations about testing, disinfection or grouting.”

MacKinnon Well Drilling just outside Pembroke in eastern Ontario services a region that straddles the Ontario and Quebec side of the Ottawa River, often drilling into the bedrock of the Canadian Shield. Most of the competition in the region offers similar prices, says co-owner Rob MacKinnon, but there is still undercutting by some firms. MacKinnons charge $27 a foot for drilling and $17 a foot for casing, plus $1,200 for the required provincial environmental package and $300 for a pumping and recovery test. Because only a small amount of drilling is often required, the MacKinnons have a minimum $4,500 fee in Ontario, and it’s more in Quebec due to the regulations there. MacKinnon says they will try to avoid a fuel surcharge this year if fuel prices increase, but they may have to add one. He thinks that a 40 per cent profit margin above costs is adequate for long-term business success but also believes some firms aren’t calculating their costs correctly.

EXTENT OF PRICE DIFFERENTIAL
McAllister believes that in Alberta there will always be price undercutting because “you will always have the people who aren’t planning on replacing equipment and who aren’t in it for the long haul.” Competition is good, he says, because it keeps everyone in line, but adds that “it would be nice if we could have provincial regulations that get everyone more on the same playing field in terms of well standards. That would level out the costs, but it’s been over 12 years since I was told that would happen and we haven’t seen any movement yet.”

Stainton echoes the thought. “Until the Ontario Ministry of the Environment and Climate Change inspects every well,” he says, “there will be no level playing field and prices will not be at the level they should be.” For his part, while Rob MacKinnon doesn’t believe there is anything they can do to change the price cutting going on in their area of eastern Ontario, he also notes that “these companies charge so much less, about 40 per cent less, that I think they sort of shoot themselves in the foot because some potential customers will just avoid them.”

In Tixier’s view, drillers need to be good business people, “and should be prepared to explain to their clients why jobs cost as much as they do.” McCallister agrees. “It’s the consumers who need to hear that they are not paying enough,” he says. “The drillers know, they’re living it, but until all Ontario’s drillers get on the wagon, [undercutting] will never change. It is too bad. There are more and more drillers retiring, less and less drillers around, and the day will come, I predict, when it will be hard to find a well driller in Ontario. And what will the prices be like then?”

Treena Hein is a science writer based in Ontario.