Features Business
The after effects of B.C.’s year from hell

The word “unprecedented” gets used quite a lot these days, but, when looking back on 2021 in British Columbia, it is certainly fitting. The combination of extreme weather events and a global pandemic has had adverse effects across the province, and the groundwater industry is no exception. 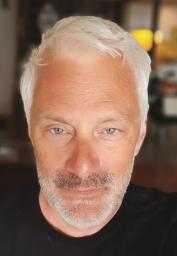 From supply chain challenges and labour shortages affecting groundwater businesses to drought, wildfires and flooding threatening water supplies, B.C. has seen it all this year. We’re not out of it yet by any means, but here’s a quick summary of what the BC Groundwater Association has observed this year and where we’re headed in 2022.

Demand for groundwater-related services was high at the beginning of 2021 and continued to increase throughout the year. Some water well drillers had 40 or more jobs in the pipeline with no signs of it letting up all year. Many pump installers reported similar demand loads. Yet as the year progressed, global supply chain issues primarily related to the pandemic became more prominent, with pipe and parts becoming scarce.

To complicate matters, labour shortages, as seen in many other industries, increasingly began to affect ours, especially in the trades. Rigs have been sitting dormant as experienced drillers and drillers’ helpers became increasingly hard to find. Pump companies have been experiencing the same. We heard reports of operators coming out of retirement to try and keep up with demand. The year 2021 was getting off to a bumpy start.

Come summer, an already challenging year became even more so. Between June 25 and July 1 British Columbia experienced a heat dome with record temperatures across the province reaching up to 49.60 degrees Celsius. Two other heatwaves followed in July and August. Drought conditions ensued, with water restrictions required in many parts of the province – in some areas for the first time.

With the hot, dry conditions came wildfires, with more than 1,600 fires burning nearly 8,700 square kilometres of land. It was the third worst wildfire season on record in terms of area burned, but since many of the fires were in close proximity to populated areas, the destruction of property and displacement of people was worse than in previous years.

It wasn’t that long before B.C. went from not enough water to too much – way too much. So-called atmospheric rivers brought torrential rains to the central and south coasts in November, causing devastating mudslides and floods. In addition to the tragic loss of livestock and the destruction of homes and infrastructure, the flooding represented significant risks to wells and aquifers.

Flood waters can contain contamination from dead animals, manure pits, diesel and fuel storage, and building materials, including asbestos. Flooded wells are likely to have had flood waters introduced, especially if they have an improper surface seal. Even if a well hasn’t been flooded, there is still the potential for the well water to be contaminated as flood water can be introduced into groundwater through other pathways.

British Columbia’s Ministry of Health has been warning residents in flooded areas of possible water contamination and is instructing well owners to have their wells assessed.