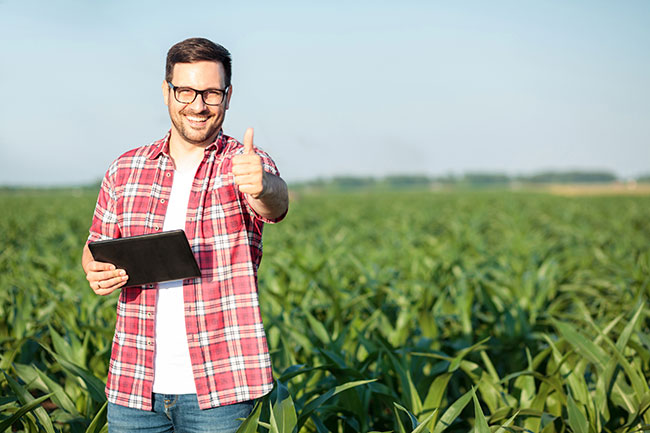 Does everyone in your business feel welcome and that they belong? That they’re valued, respected and treated equally? That they’re safe from harm and from discrimination? How would your employees answer those questions? PHOTO COURTESY Ivan/Adobe stock

Everyone knows how much better work is when people enjoy being there – not just for the job but also for the way they feel. Does everyone feel welcome and that they belong?

That they’re valued, respected and treated equally? That they’re safe from harm and from discrimination?

How would your employees answer those questions?

Creating a positive work environment is not just about happier employees. There are practical reasons.

Friesen Drillers is in the process of reviewing its communications policy – the perfect place to add a positive workplace section.

“We have policies on harassment and violence and toxicity in the workplace, but maybe it is time to focus on the other side of the coin and discuss positivity more,” Friesen says. “We should try and focus more on positivity rather than thinking that something is not right, which can sometimes lead people to overreact or jump to conclusions or people unaware that something they have said was offensive.”

Most people can probably think of a situation they have been involved in or have witnessed.

“We have seen where communication has broken down, so we know how important it is to just sit down and have those discussions,” Friesen says.

She notes that Friesen staff already have positive discussions to work together better. The new section in the communications policy will take it up a level.

“We should have a policy in place, so it is more widely known across the companies, and all the employees understand our stance on the policy,” says Friesen, who notes that developing the policy will involve the staff, safety committee, and safety officer. “The addition of this policy, in my mind, would strengthen the fundamentals of inclusivity, equality and diversity.”

While Friesen adds that they are just starting the process, they are interested in learning more and are motivated: “Creating a positive workplace may seem like it is ‘just another policy’ that we have to make up, but this policy can increase the happiness and productivity of the employees, so you really can’t go wrong with that.”

It also formalizes your company stance on Canadian human rights.

Equal respect for everyone

Creating a workplace environment where everyone feels welcome and respected is something the British Columbia Ground Water Association (BCGWA) takes very seriously. Earlier this year, BCGWA released a Respectful Workplace Policy to promote diversity, equality and inclusivity in the organization and among its membership.

“It’s the typical language right out of the Charter,” says general manager Dave Mercer, referring to the Canadian Charter of Rights and Freedoms, a bill of rights entrenched in the Constitution of Canada.

Essentially, everyone has the right to be treated with respect, dignity, and consideration, regardless of race, national or ethnic origin, colour, religion, sex, age, mental or physical ability, sexual orientation, gender, gender identity or expression, marital status, or citizenship.

“We call it a ‘Respectful Workplace Policy,’ because that’s really what it is – let’s have equal respect for everyone involved,” he says.

When Mercer proposed the idea of creating the policy to the BCGWA Board – a board of 12 directors plus a five-member executive – the decision to go forward with it was unanimous. Making it happen meant bringing in a professional.

“We didn’t want to do it without some expertise and help,” Mercer says. “None of us are experts in this field. We all like to think that we’re very ‘woke’ or whatever, and then, we realize we’re not. We’ve got inherent bias in the way we think and the way we operate.”

BCGWA enlisted the services of the Neutral Zone, which provides coaching and consulting services to assist businesses and organizations in several ways, including creating respectful workplaces. Adam Rollins, a mediator, trainer, coach and clinical counsellor, was their contact. Mercer says Rollins was great to work with and assisted with developing the wording in the policy and putting a fence around what a policy of this nature means.

“We didn’t want it to be one of these long ‘you can’t do this, you can’t do that’ documents,” Mercer says. “We wanted it to be a simple one-pager in the spirit of inclusivity and being a welcoming organization and reflecting what’s already written in the Charter.”

The final document is short, clear and to the point.

“We don’t go into great depth about things that you can and can’t say, but people need to be aware that if they choose to behave at our events in a manner that flies in the face of that spirit, we, as an association, will deal with it,” Mercer says.

Last April, Rollins presented at the BCGWA’s virtual conference as the keynote speaker.

“That was to help highlight that this isn’t something we tried to slide under the door – this is something we want to put in front of everybody and make sure everyone understands what it is and why we’re doing it,” Mercer says.

Additionally, each year, when members renew, they are required to check a box indicating that they have read and agree to both the Respectful Workplace Policy and the Code of Ethics.

“It’s as an annual reminder to people that, ‘Hey, this is part of your responsibility as a member,’ ” Mercer says.

Response from members has been largely positive and some have requested training. Workshop sessions are already in the works for the next BCGWA convention.

“We want to encourage as many people as possible to go,” says Mercer, adding that the workshop will be repeated throughout the convention.

For individual companies, there is another reason to think seriously about your own workplace: attracting and retaining employees.

“You need to show that you’re a welcoming, inclusive company, because people aren’t going to put up with old-fashioned attitudes,” he says. This is something we should all be doing and it’s not that hard.

His encouragement to others in the industry: “Find an Adam Rollins. Find someone who works well with your organization. That’s why we found someone who already works with the forestry companies and with the Ministry of Forest, Lands and Natural Resources. Find someone who you get along with, and who understands your business, and have that person guide you, because you can’t do it by yourself.”

Carolyn Camilleri is a Toronto-based writer and editor. She has been writing for consumer and trade magazines, as well as businesses and organizations, for more than 20 years.

Related
Workplace health, safety and well-being important to job seekers: poll
Registration opens for BCGWA 50th anniversary virtual convention
Tackling burnout: How to deal with stress and safety in the workplace
Marijuana in the workplace