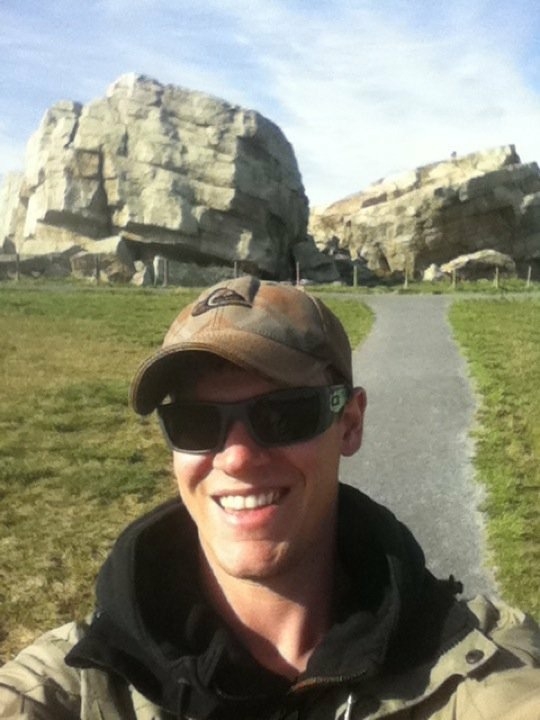 “Problems are going to come up and you just have to remain calm and solve them as you go,” says Fraser Cummings, a hydrogeologist with MTE Consultants in Kitchener, Ont. Photo courtesy Fraser Cummings

Ground Water Canada put out a call to readers to tell us about outstanding young professionals who exhibit outstanding leadership, skill and dedication to the industry. Readers came through with an impressive sampling of the industry’s best – including Fraser Cummings. Read on to learn more about this young hydrogeologist!

Fraser Cummings, 28, has been a hydrogeologist with MTE Consultants Inc. in Kitchener, Ont., for four years.

“I always liked nature and being outdoors,” Cummings says. “I remember in high school thinking I wanted to do something related to the environment and that’s how I got into earth science.”

He earned his undergraduate degree in earth science and a master’s in hydrogeology from the University of Waterloo.

The young environmental scientist divides his time between field and office. In the field, he often focuses on pits and quarries, taking water levels from monitoring wells, performing hydraulic conductivity testing and taking samples from those wells. Some days he is on site to supervising drilling of those wells.

Back in the office, he completes hydrogeological assessments, writes reports from data gathered in the field or submits applications for permits to take water for clients.

“I like the mix,” he says. “It’s satisfying to go from collecting the raw data to assembling it in a report to coming out with a final product that I was involved in from the beginning to the end.”

From day to day Cummings is motivated to excel by the professional geoscientist designation (P.Geo) he earned a year ago, because it reminds him of what his work means. He also feels motivated by the people he works with. “I want to make sure I’m doing the best I can so that if someone else looks at it that they’re seeing good results,” he says.

Working with drillers, he has learned to pay attention and to ask lots of questions. “They know if the rig is drilling and smoothly and if it’s drilling in hard bedrock or cobbles. I try and make sure I’m paying attention and ask them ‘What kind of soil are we in now?’ ‘What does it feel like?’ ‘Can you feel when the soil changes?’ ” Cummings says.

“Fraser interacts regularly with rural private well owners on projects we work on related to gravel pit and quarry development and monitoring. His quiet but confident approach puts the well owners at ease when meeting with them to discuss their well specifics and the benefits of allowing him to inspect their well and assess it for potential long-term monitoring. Fraser’s knowledge of hydrogeology, combined with the time he spends with rural well owners, has also equipped him to effectively interact with the general public at potentially stressful public open houses or town hall meetings,” says supervisor and mentor Peter Gray, who nominated him.

Cummings says he learned a lot from Gray. “One thing I’ve learned from Pete is that there is a difference between being a boss and being a leader,” he says. “Pete’s very much a leader. It’s about working as a team: as a team we can accomplish a lot more than one person trying to do one thing at a time. If there are complications, it’s our job is to solve those problems and come to a solution without dwelling on the past.”

One thing he likes about his job is that, from his first day, he felt his opinion was valued even though he didn’t have the experience other team members had. “I’ve always felt free to speak up if I had an idea or needed a question answered. My opinion has always been heard.”

When he’s not on the drilling site or crunching numbers, Cummings likes to spend time with wife Arissa and daughter Hailey, who will turn two in October. He also plays baseball and ultimate frisbee.

Young people thinking of entering the industry should enjoy working outside and be able to “go with the flow” and solve problems when things don’t go as planned, he says. “Problems are going to come up and you just have to remain calm and solve them as you go.”