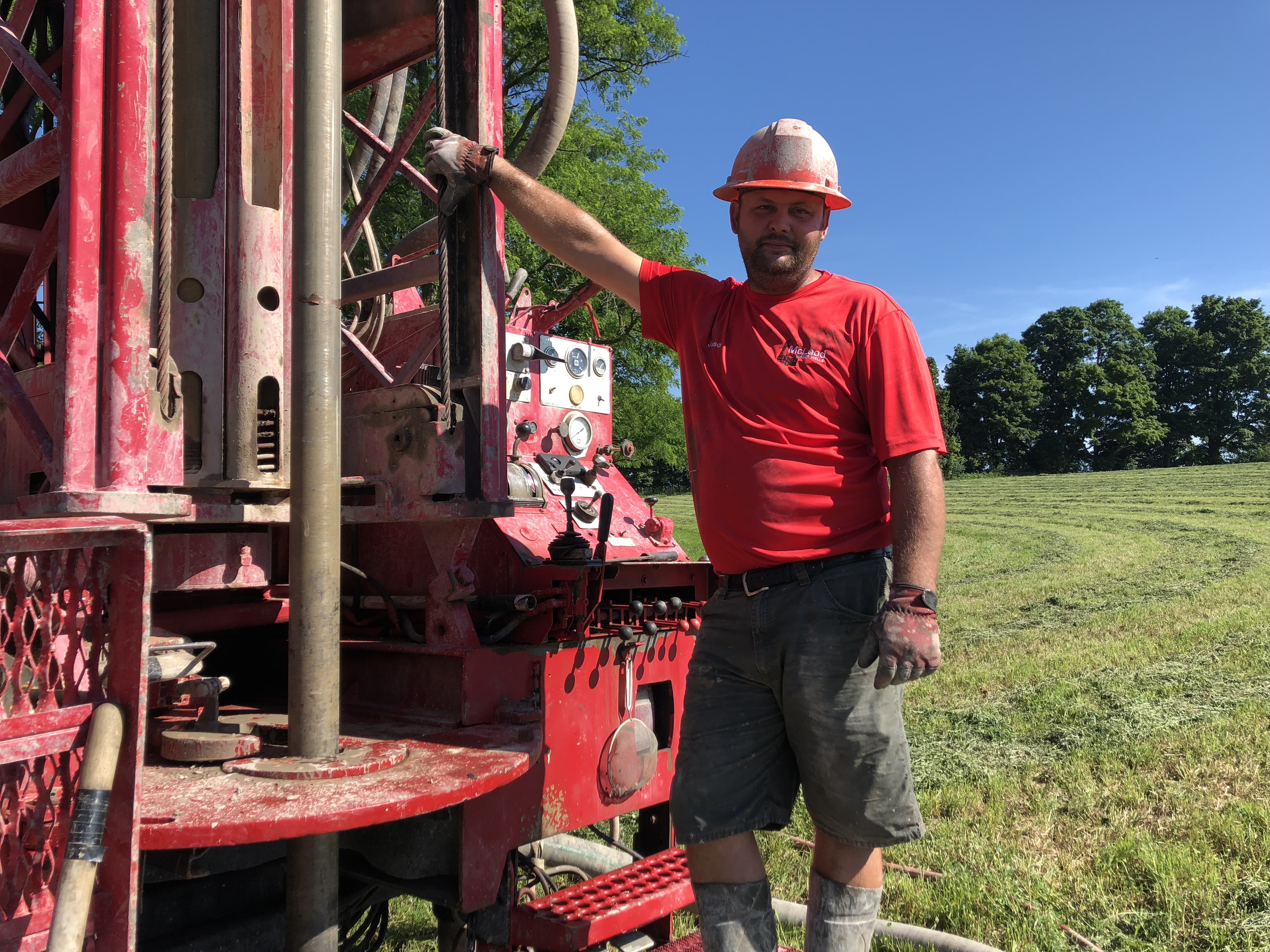 Ground Water Canada put out a call to readers to tell us about outstanding young professionals who exhibit outstanding leadership, skill and dedication to the industry. Readers came through with an impressive sampling of the industry’s best – including Jason McLeod. Read on to learn more about this young well driller!

It’s great to see a successful, independent family business operated with pride. I knew that was the case when I read Lisa McLeod’s nomination of her husband, Jason.

“He has worked hard to build an excellent reputation for himself as “an honest, fair and a very skilled driller,” writes his business partner and office administrator.

McLeod, 39, has been president of McLeod Water Wells based in Strathroy, Ont., for 12 years.

With Lisa, he operates the water well drilling business, which drills and services wells in southwestern Ontario.

“Customers and associates call him “The Well King” because of his success in finding water in some areas where it’s tough to find, she adds.

“He has built a successful company from the ground up and continues to grow with the industry, implementing new technology and drilling practices. He is liked and respected by both his employees and fellow contractors,” Lisa writes.

McLeod graduated from the Drilling and Blasting program at Fleming College in 1998. After plans to purchase an existing drilling business fell through, and with encouragement from family and friends, he “took the leap of faith” to start his business from scratch in August 2006 and purchased a 1978 TH55 Ingersoll Rand drill rig and support truck from a seller in Michigan.

There is a family connection to the industry as his uncle Ralph McLeod drilled in nearby Ingersoll until retiring a few years ago.

They do a variety of jobs, including lots of irrigation wells, he says.

The McLeods credit their employees – especially longtime driller and business partner Wes Mitchell – with playing a big part in their success.

McLeod, who has been an active member of his association for 11 years, appreciates the opportunity to learn every day. “I try to learn something from everyone I meet. Everyone has something to offer,” he says. “So if I do a task or technique, it’s not just me doing it but me fitting what I’ve learned from others into what I do. It really is.”

When not working he enjoys moose hunting near Thunder Bay and, closer to home, fishing. In fact, short on free time, he built and stocked a pond in the backyard to enjoy the hobby.

The couple have three children: Tyler, 10, Adam, 9, and Chelsey, 5. The older boys have shown interest in the family business: Adam helps around the shop, and Tyler for his 10th birthday asked to go drilling with his dad. “We brought him in just before we expected to hit water,” McLeod says.

“I’m always excited when we hit water,” he says. “I could do this 100 times and it’s still always a thrill.”

Correction: The print version of Jason McLeod’s profile in our Fall 2018 issue incorrectly states that Jason purchased his drill rig and support truck from his uncle, Ralph McLeod. In fact, he purchased the rig from a seller in Michigan. Ground Water Canada regrets the error.