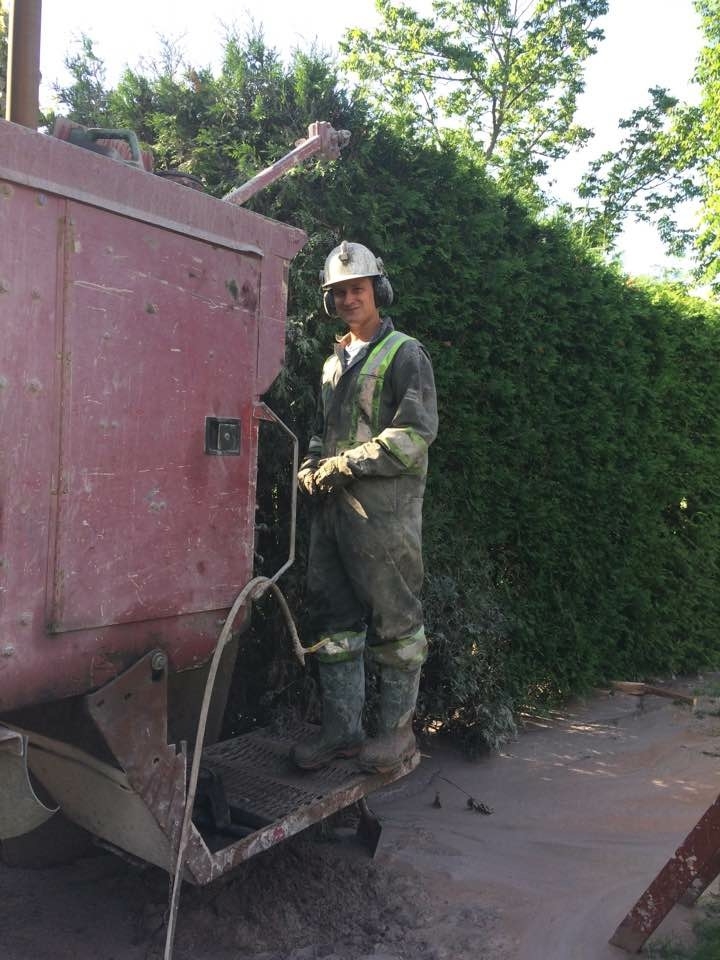 You have to be ready for anything, says Pat Houle of Houle Well Drilling in Noelville, Ont. "You could drill 100 wells and they won’t be the same. So much has to do with how the formations change."

Ground Water Canada put out a call to readers to tell us about outstanding young professionals who exhibit outstanding leadership, skill and dedication to the industry. Readers came through with an impressive sampling of the industry’s best – including Patrick Houle. Read on to learn more about this young well driller who likes this industry that demands he be ready for anything!

Patrick Houle, 27, has been a driller and installer with the family business, Houle Well Drilling in Noelville, Ont., for seven years.

Started by Houle’s grandfather, Omer Houle, in 1961, the business has served the French River, Parry Sound, Sudbury, North Bay and surroundingarea for more than 50 years.

Pat Houle worked summers as a teenager for his dad and grandpa, beginning with handing them tools. I didn’t set out to be in well drilling, but it just grew on me.”

His first idea was to be an engineer, but after two years of university and the realization his chosen field might not allow him to work outdoors as much as he’d like, he told his dad he’d like to join the family business. He began by learning on the job by trial and error, then took the two-week course through Fleming College to on the road to becoming licensed.

He’s never looked back. They do a little of everything – drilling new wells, servicing existing wells, pump
sales – mostly on the residential side, he says.

Houle says he likes how happy customers are when they learn they have good water. “People take it for granted,” he says. “I would say at least 50 per cent of my job involves educating the public.”

On one of his more memorable jobs, he recalls telling a well owner their well was good and they’d no longer have to bring in pails of water from a relative down the road. “That felt good,” he says.

“Pat is a great example of caring for the industry and customer,” said Craig Morgan, Rideau Pipe, who nominated him.

What Houle finds challenging about the job is also what he likes best about it. “It’s a double-edged sword. You have to be ready for anything. You could drill 100 wells and they won’t be the same. So much has to do with how the formations change.”

If you don’t like solving problems, it’s not a great choice of career, he says. “It’s hard work, with long hours, but it’s worthwhile.”

Houle is in the process of taking over the business from his father, Richard, who is still in on hand in the field to offer advice. “He has all but retired. He’d like to be fully retired,” his son says with a chuckle. His mother, JoAnne, works in the office. It’s a small business – four employees in all.

When not working, he enjoys outdoors pursuits including hunting, fishing and, during the long winters in northern Ontario, snowmobiling and ice fishing.