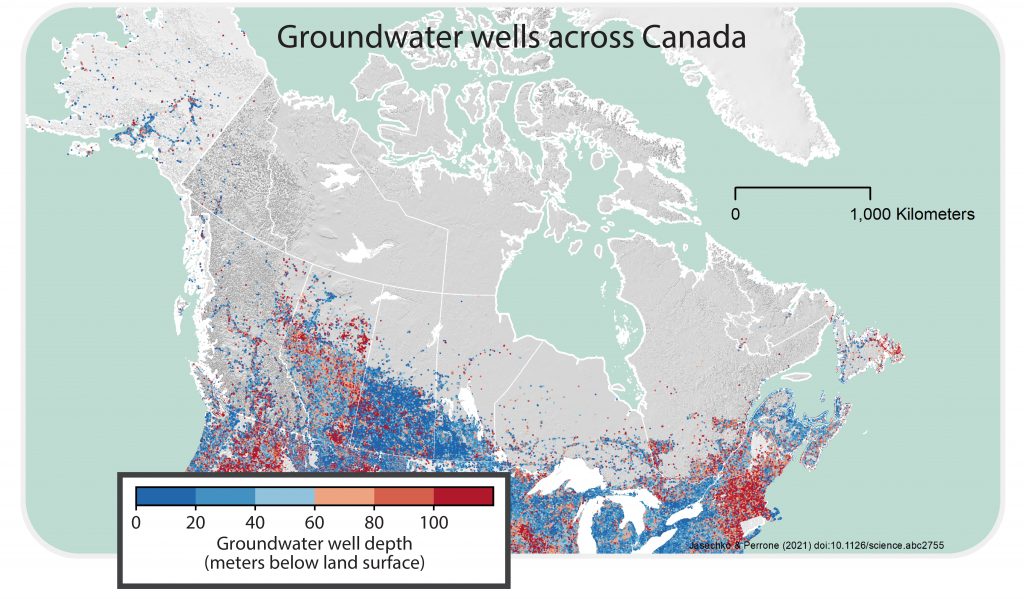 Santa Barbara, Calif. – A study carried out by University of California Santa Barbara researchers and published today in the journal Science maps depths and locations of groundwater wells in Canada and other countries, and highlights the risk of depletion in millions of wells after even moderate groundwater level declines.

The study analyzed 39 million well construction records worldwide and found that six to 20 per cent of wells are no more than five metres deeper than the water table, implying millions of wells are at risk of running dry if groundwater levels decline by only a few metres.

Another finding was that newer wells are not being constructed deeper than older wells in some of the places experiencing significant groundwater level declines, suggesting that newer wells are at least as likely to run dry as older wells if groundwater levels continue to decline. Poor water quality in deep aquifers and the high costs of well construction limit the effectiveness of tapping deep groundwater to stave off the loss of access to water as wells run dry. 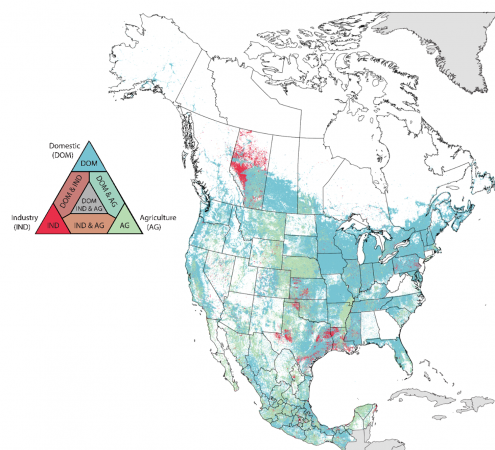 What seemed a simple question asked during Jasechko’s time at the University of Calgary turned into a six-year endeavour by the Canadian scientist to try to understand the depth and location of water wells in Canada and internationally.

The project compiled records 100 different databases around the world and included some two million records in Canada from various sources. Jasechko and Perrone reviewed well records from all provinces and territories and interviewed database managers to help them understand the nuances of how information is collected from jurisdiction to jurisdiction.

The research highlights the clear threat of widespread drought, Jasechko told Ground Water Canada in an interview. “Many wells are at risk of drought. This research helped us understand who’s most at risk of having wells run dry.”

“Both newer and older wells are at risk,” he said.

Jasechko said that newer wells tend to be deeper than older wells in more places than where the opposite was true.

And deeper wells tend to be less vulnerable than shallower wells to climate variability and groundwater level declines, the paper’s abstract points out, but even relatively deep wells are not immune to long-term reductions in groundwater storage.

Jasechko and Perrone also compiled a database of monitoring wells around the world. Looking at isolated data, he said, “we find there are some places where groundwater levels are declining, and yet users are not investing in deeper wells.”

Jasechko was surprised at just how widely accessed groundwater is and “astounded” at the density of clusters of well locations on a worldwide scale. The density is all the more marked given that databases, for a number of reasons, generally under-report the actual number of wells.

Despite the role of wells as basic infrastructure used to access groundwater, information about the locations and depths of wells has never before been compiled and analyzed at the global scale.

Studying the well records drove home to Jasechko the wealth of knowledge held by the drilling industry. “Drillers really know their local geography. The records capture that intellect. It was a great privilege to get these insights,” he said.

“I would like to thank the drilling community for decades of really important information and sharing that knowledge via these reports.”