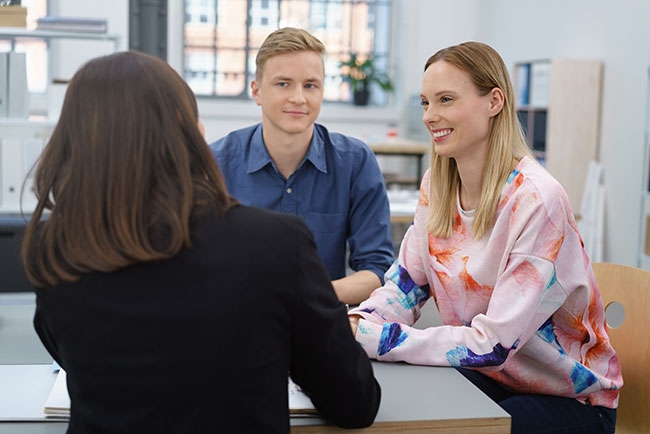 People really appreciate businesses returning calls in a timely manner and talking to them, says Ken Williamson, who through Alberta Environment and Parks has conducted many workshops for well owners. Photo: Fotolia

You provide high-quality wells and servicing, but are you meeting your customers’ less tangible need for information and peace of mind? We spoke with a ground water educator, established drilling companies and a satisfied would-be customer to get insight into what constitutes great customer service.

Ken Williamson, of Red Deer, Alta., has had his share of face time with well owners. Williamson, a retired farm and water specialist with Alberta Agriculture and Forestry, has helped the department conduct workshops in the province since 2006. The sessions are intended to help people better understand their wells and their responsibilities as owners under Alberta’s Water Act.

“People were asking about problems with biofouling, iron bacteria and sulphur. Around 2004, we started putting together and doing presentations. By early 2008 the formal Working Well program was launched,” he says of the joint effort among Alberta Environment and Parks, Alberta Agriculture and Forestry, the Alberta Water Well Drilling Association and Alberta Health Services.

The initiative to offer workshops had its roots in the growth of coal bed methane drilling, Williamson says. “Thousands of wells were being drilled and people were concerned about contamination of water wells and environmental effects. There were a lot of public meetings. People didn’t understand how wells worked.”

Working Well workshops, which are offered on demand in the fall, winter and spring, are typically hosted by municipalities and advertised locally. Since the beginning of the program, Williamson says more than 6,000 well owners and potential purchasers have participated in nearly 230 workshops.

“Eighty per cent of the time, a driller can make it out to the meeting,” he says. “Drillers get good PR when they attend and they see that customers are more knowledgeable.”

When people attend a workshop they receive their drilling report. They also do an exercise called “Draw Your Well” in which they use their individual well data to come up with a picture of the well. “It can get a little crazy with so many people working through the exercise at once and trying to get answers to questions, but it is of great benefit to them,” Williamson says.

Many participants ask about biofouling and shock chlorination. “Lots of people are not comfortable doing it themselves,” he says. “Theoretically anybody can shock-chlorinate a well, but lots of times they need to go beyond that and have a professional come in, pull the pump, clean the well and put it all back together again,” he says. “This is a value-added service the drillers can do and if you’ve got a more knowledgeable customer who knows why they might have to do that, they’ll probably be more willing to do it.”

When installing a new well, drillers could be on the hunt for old wells not properly reclaimed and unsafe well pits, Williamson says. “There could be potential here for drillers to teach people about pitless adaptors,” he says, adding that in Alberta, there is federal and provincial government funding for farmers to decommission old wells and put in adaptors.

Williamson also sees untapped potential for drillers to set up long-term service contracts with customers to have onsite inspections, use a sonic well sounder to measure water level or test water as requested beyond the free testing provided by the province.

As for customer service practices, he says people really appreciate businesses returning calls in a timely manner and talking to them. The simple act of communicating can mean a lot.

“Thank you so much for your time and efforts in obtaining the water results on our place in a timely fashion. And thanks for explaining the results to my client,” writes J. Zaba in a testimonial featured on the company’s website.

Tyler Crawford, who co-owns the business with Chris Quinlan, fields many questions from new and would-be well owners. “A lot of people are interested in city-like pressure and quality. A lot of houses built in the country are quite spectacular. They need a lot of water during a peak demand period. . . . So they basically want to know if they will be able to shower, wash dishes and do a load of laundry at the same time . . . and not have to worry about water.”

“Chemistry is a detailed and long conversation typically with people, and getting somebody from the city who is used to just a line coming in and having a 12-grain hard chlorine-smelling, non-stop supply coming into their house and having them understand the reality that their water is coming from the ground now and could potentially have coliform bacteria, iron content, manganese, high-sodium, low-sodium. All these things are new to them so they need to be educated on the reality of the chemistry as well as the production of their well.”

Crawford and Quinlan spend a fair bit of time discussing test results with well owners. “On site we do things like take pictures on site, we draw schematics; our in-field techs are reconnaissance officers, for lack of a better term. The senior management makes the phone call to discuss the results. ”

Crawford says they do a lot of guesswork based on experience. With nearly 40 years in business experience is something the company has in spades, having changed hands from Crawford’s grandfather, Fred Hager, to Brad Myers, then back to Crawford and Quinlan.

“Experience in the water well drilling industry is the most important thing a contractor can have,” Crawford says. “If they are inexperienced, while they’re learning, that’s when they need a mentor. It’s an industry that is hugely reliant on learning from the past. My grandfather was a water well driller for his whole life. He mentored Brad, Brad mentored me, and that knowledge passed down from generation to generation is invaluable.”

Like Aaron Drilling, Stengel Pumps & Well Drilling of St. Williams, Ont., puts great focus on education and talking with customers. Carrie and Tom Stengel have run the business for 25 years.

She encourages potential customers to give them a call to learn about water quality. “Buyers want to know if they can have a productive well drilled in that area, what style of well is right for them and what costs are involved,” she says.

Stengel says great customer service means being as informative as you can be with people. “It’s about always trying to provide our existing clientele with good service, so if they call us in the middle of the night – they’re out of water or they have an emergency situation – we will be there for them,” she says, “and if we can’t, we’ll try and talk them through it.”

She says the company’s small size makes it easier to provide good service. “We reached the point where we said, ‘Do we grow?’ We just thought that for us, we could provide better service if we stayed the way we were. With just the two of us, we can have a more personal relationship with our customers.”

As part of their service, they keep warrantees on file and remind customers about maintenance milestones for their water treatment systems. They don’t charge labour to do this servicing.

While their approach may sound like good old-fashioned, customer service, they have found new technologies – namely, smartphones – help them answer questions in a timely manner. “People can take a photo and message you through Facebook or email, and show you what the problem is. People tend to email these days rather than call but often that’s good,” she says. “We can respond quickly when we’re in the field.”

Sarah Otto of Langton, Ont., was the recipient of the Stengels’ personalized service. Otto had always been on municipal water and wasn’t certain what owning a well and septic system entailed. “I think it scares away a lot of people; it’s a little intimidating,” she says. “If you get yourself into a situation where you’ve got a problematic well or septic, now all of a sudden you’re responsible for that whereas when you’re on municipal that’s not an issue.”

While looking at potential new homes last summer, Otto encountered a rural property with a well that gave her pause. She called the Stengels to arrange a well inspection. Unable to do a site visit immediately due to a very busy, very dry season, Carrie Stengel offered her time and expertise over the phone.

Stengel suggested Otto take photos of the well, and based on those photos was able to determine the well was not professionally drilled: it did not have an airtight seal and since it was near a driveway there was a risk of contamination.

“She was happy to give me that pro bono type of explanation,” Otto says. “It was really helpful. She potentially kept me from making a bad real estate decision.

Otto also was pleased to get a “crash course” from Stengel on the difference in soils and how they affect wells.  “I got a little bit of a crash course through her, which was really nice. You don’t get that kind of customer service from just anywhere.”

“She probably spent a good hour just explaining everything and she didn’t have to do that.”