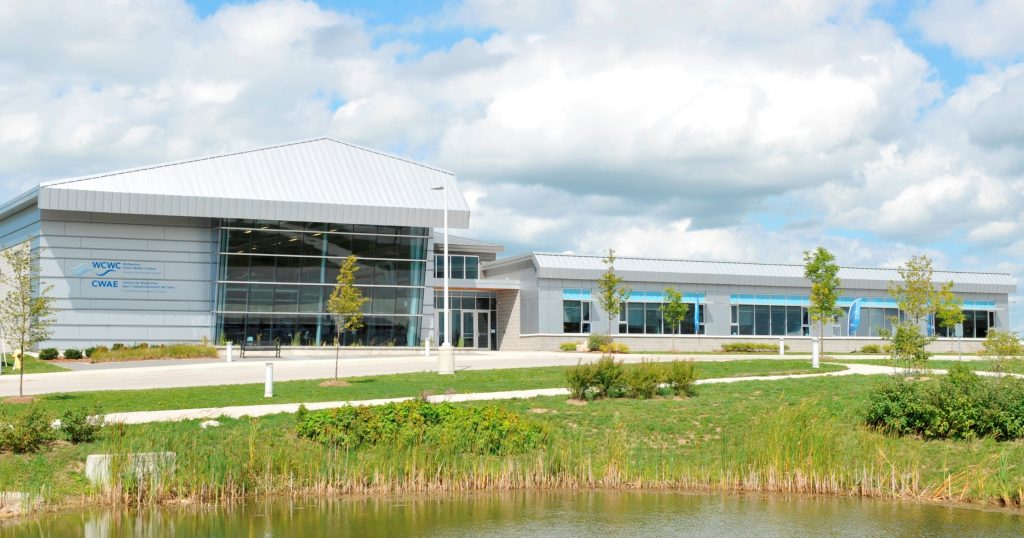 As a result of the tragedy, the Walkerton Clean Water Centre now exists for the purpose of educating and supporting drinking water system owners and operators as they address their water system risks in order to safeguard Ontario’s drinking water.

Carl Kuhnke is chief executive officer of the centre and, since September 2017, has led its operation and strategic planning. Ground Water Canada spoke with Kuhnke about the legacy and lessons of Walkerton tragedy and what the centre is doing to train operators and educate the public about drinking water safety.

What were the biggest lessons learned from Walkerton?

As with the proverbial Phoenix arising from the ashes, the Walkerton tragedy taught Ontario, Canada, and many other countries a valuable lesson – that a regulated industry cannot become complacent, and that regulations must be stringent and clear enough, based on scientific evidence, that they are followed and readily employed.

The drinking water industry in the province relied far too heavily on human factors before Walkerton, and a human failure, not completely a regulation failure, caused Walkerton – people went to jail . . . and they did in Flint, Mich., only six years ago. It did not heed the lessons of Walkerton. There are many more.

Justice Dennis O’Connor laid out critical elements for the future based on a ‘multi-barrier’ approach as follows:

These practices have now been entrenched in law and regulations – a Walkerton has not happened since and with diligence will never happen again.

How have things changed since 2000 in terms of the regulation of Ontario’s municipal water systems?

Twenty years ago, drinking water regulations – not just in Ontario but across Canada – were nowhere near what they are today. That lack of drinking water oversight and regulation created this specific terrible crisis that happened in Walkerton in 2000. The government of the time, which was Mike Harris’s Conservative government, quickly acted to appoint a Supreme Court Justice to do an inquiry to find out why this happened in the province, because it could happen again. Justice Dennis O’Connor did the inquiry and produced a very comprehensive and very good report in that year that said here’s where the problems are: and the problems were in training, the problems were in source water protection, and the problems were in what he described as the barriers we need to put up to keep drinking water safe. “The barriers weren’t tall enough,” I believe is the way he put it.

How did the Walkerton Clean Water Centre come to be?

To summarize, the regulations were strengthened based on input from stakeholders all over the province and probably from all over North America and the world. The province said, ‘How do we make sure this works?’ Municipal and other operators in small systems and RV campsites that use wells, and everybody else, had to meet all these new regulations, but they didn’t know how.

Out of that grew the training and research entity concept that the government was planning and in part because of Walkerton they actually placed it here. The facility became the Walkerton Clean Water Centre. Many people do not know the centre has absolutely nothing to do with Walkerton. We regularly have people driving up with empty jugs of water looking for the bottled water plant. Other people say this is a really nice building to treat Walkerton’s drinking water supply.’ We say, ‘No.’ We don’t have anything to do with Walkerton. Veolia is the company that manages its water supply. 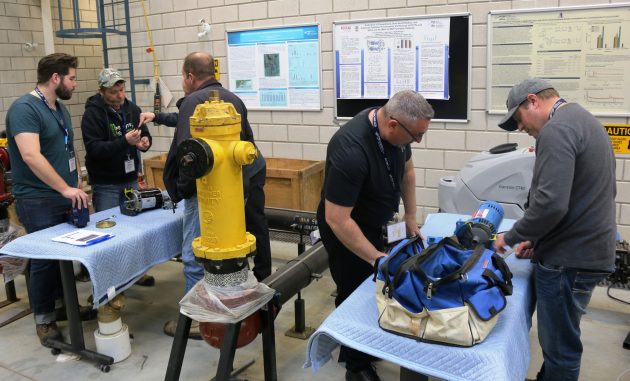 The Walkerton Clean Water Centre is the provincial research and training authority for every drinking water authority in Ontario, of which there are over 19,000.

What does the centre do?

We’re the provincial research and training authority for every single drinking water authority in this province of which there are over 19,000. There’s a mandatory renewal cycle that dictates every three years drinking water operators have to be trained and renew their certificates and pass very strict exams which are exams set up by the ministry, which is the Ontario Water Wastewater Certification Office (OWWCO), and they have to pass them. It is our responsibility to train them. On average we train about 7,500-8,000 professionals every year.

We have three major training rooms at the centre, but we also go directly to the client. We train around the province with a very specialized model in over 100 locations in any given 12-month period, from the far north – North Bay, Timmins, First Nations reserves – down to Windsor and Pelee Island. We train all over the province to make sure drinking water operators are doing what they should be doing to keep the drinking water safe.

The total staff of the centre is 32, but we have 50 contract trainers, that we go through a request for proposal process to choose every couple of years who are all qualified. They are all Class 2, Class 3, Class 4 managers and operators of drinking water systems and good at teaching. As you can imagine, this being taxpayers’ money, it would be hugely expensive to travel to each of these communities. We have contract trainers all over the province who are close to the communities where they are training. That saves the taxpayers considerable money.

Tell us about your work with First Nations communities?

As much as possible, we go into the communities to do the training because they are small operations. If your community has two drinking water operators, for example, how are you going to send your two drinking water operators to Walkerton for training? Who’s going to run the system while they are training? We try to go on site and give them hands-on training while they’re running their systems and certify them. In the last two years, 110 First Nations operators have passed all the exams and are 100 per cent certified under Ontario regulations, not just federal regulations.

We got a special one-time injection of $1.85 million two-and-a-half years ago and we’ve been judiciously investing that as cost-effectively as possible in the places that need it the most. We have a memorandum of understanding with two very effective organizations, the OFNTSC, which is federally funded, and Keewaytinook Okimakanak. We meet with them every month and jointly decide where we’re going to go next and what we’re going to do next.

How is the centre funded?

We receive a transfer payment from the Ontario government every year of $3 million. We generate, ourselves, about $3 million per year through registration fees for the courses. We’re a non-profit, so we keep the training as low priced as we can.

Tell us about your research, technology and scale models.

The other side of our operation is the research and technology division. Almost half of our staff have PhDs and Masters degrees in civil engineering. We have a $2.5-million technology demonstration facility here. One half of our building is for classroom training; the other half is for hands-on training. We have replicated in this building every single drinking water operating system that exists in the province of Ontario. They are miniature versions of drinking water systems. We do a significant amount of research. We are at the forefront of research on issues like blue-green algae (cyanotoxins), microplastics and arsenic. The primary problems in well water in Ontario are iron, manganese and arsenic. We deal with those on a regular basis and focus on how to mitigate them in small and larger drinking water supplies.

What is the Drinking Water Resource Library?

That research and thousands of documents related to drinking water are housed in the online Drinking Water Resource Library. Anyone can use it: it’s searchable and it’s free. A dedicated staff member researches the latest in drinking water issues and updates the library. We have a full-time trainer who is working with small systems all over the world. You can search “small systems” or any topic and find all sorts of resources.

How far does your mission extend?

Who are your training courses and workshops for?

Primarily we teach water professionals – the system owners and managers. Roughly 80 per cent) of workshop attendees would be municipal water operators and water system owners – from the mayor and council right down to the drinking water operator. Water system owners of all types in Ontario are required to meet the standard of care legislation for drinking water [section 19 of the Safe Drinking Water Act of 2002] and we teach that. We sit down with the mayor and council to teach them that they are legally responsible and can go to jail if they don’t meet their responsibilities. We don’t target residential home owners or users, because that’s not what our mandate is, but anyone with sufficient interest is eligible to take the courses.

As an example, we do a big three-day Drinking Water Quality Management workshop in Barrie and in Thunder Bay. That brings in all the water operators, meaning municipalities, and private companies such as consulting engineering firms. Participants can receive continuing education credits for the courses.

How will you mark 20 years since Walkerton?

We’ll hold a doors-open event on Saturday, May 9, to mark the 20 years. Politicians, dignitaries and the public will be invited. Justice O’Connor will be there. It will be a family-oriented event that is 90 per cent future-oriented – looking at the great things that have about since 2000 – and 10 per cent what happened in that tragedy.

When something bad happens, you always hope that something good can come out of it, and in the case of the Walkerton tragedy and the seven deaths, the illnesses and heartbreak for the families in this small town, what it has done for the province has been tremendous over the last 20 years.

Is the centre planning any new projects?