Features Success Stories
WOMEN IN GROUNDWATER: Gender no issue for these people

Recognizing some of the top women in groundwater 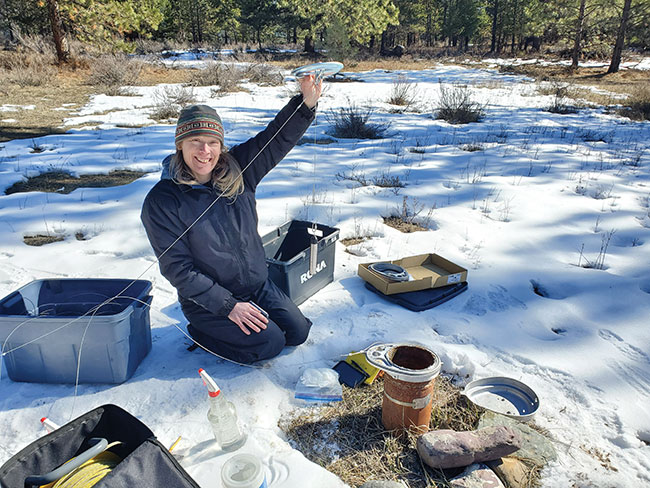 The spotlight has been cast on four deserving individuals selected as Ground Water Canada’s inaugural “Women in Groundwater” honourees.

The program was launched as a means of recognizing key women in the industry who are leaving their mark in a male-dominated field.

The call for nominations exceeded Ground Water Canada’s expectations, and the panel of judges were challenged to find four individuals to best represent the industry’s female presence.

It is Ground Water Canada’s hope that this program will encourage more women to give this industry a more serious look as they ponder their future.

Here are their stories.

Luttmer has been in the industry for four years and has a background in engineering and geography. The University of Guelph graduate says joining Living Lakes Canada “was an opportunity to shift away from cleaning up some of the messes we had created, like contaminated sites, and working on protecting our natural resources.”

She says it was her goal to connect science with communities and people.

Dealing mostly with men in the industry has not been an issue for Luttmer and has, in fact, been a positive experience.

“Working with the well drillers and pump installers, I’ve had nothing but positive interactions,” she says. “The B.C. Ground Water Association has done a fantastic job of being inclusive to diversify in the workplace.”

In her role as program manager for Living Lakes Canada, Luttmer is involved in all aspects of the program, including assisting with funding applications, developing budgets, contacting and visiting well owners, reaching out to local and provincial governments and First Nations, working with local colleges to develop practical hydrology knowledge and hands-on learning, and forming links to the industry with well drillers and pump installers.

During her short four years with Living Lakes Canada, she has seen the number of volunteer observation wells increase to 28 in 2022 from 14 in 2019. By building meaningful relationships and listening to community concerns, she understands how important and vulnerable mountain aquifers can be.

Luttmer says there is a growing interest among the public who wish to know if their water supply is secure and how climate change is impacting water supplies. She adds that the point has been reached where “all hands on deck” are needed to figure out how to manage water so that it will be available in perpetuity for future generations.

“Given the importance of groundwater and given climate change, we think that water supplies are going to become less reliable and there will be more of a reliance on groundwater.”

Her advice to women who might be contemplating a career in the groundwater industry?

“It’s an amazingly interesting field,” she says. “There are tons of opportunity, whether you want to be working as a driller, pump installer, a water supply system operator… There are a lot of different types of jobs within the industry. I think we’ll see this industry continue to grow.” 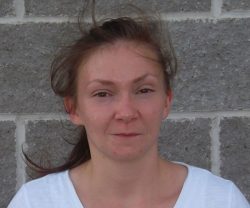 Jantzi has been a driller in training at Geo-Environmental Drilling for only a year but has accomplished more in that short time than most of her peers. She has completed her training period and has begun operating larger drills under supervision – well before other new hires. More recently, she has undergone training to drive larger trucks and will be classified as a driller for the company upon her successful completion.

Her employer notes that Jantzi has exceeded all expectations of new employees, including her attention to detail regarding safety and quality of workmanship for which she has received numerous accolades from clients.

She is committed to improving systems and procedures for the betterment of the company by contributing new ideas for drill programs and safety measures.

Jantzi says what triggered her desire to pursue a career in the industry included what she considered “respectful” work and something where she could make a difference.

“I was looking for something challenging and try to push myself to trying something new like a physically demanding job,” she says. “I’ve always liked being outside, so it was a good fit.”

Jantzi says there has always been something new associated with her training and is a constant learning process.

“The people are fantastic and super helpful,” she says. “Everyone is down to earth. In this industry, you have to be a fairly relaxed person, so you can’t be high strung or anything.”

Her male colleagues have been supportive and eager to assist with matters that have been challenging, she says, adding the need for help has been decreasing with the escalation of her training.

Becoming a full-fledged driller is her ultimate goal.

“They told me if I can stick it out for a couple more years as a helper, that eventually they’ll train me to be a driller, and that would be a really fun experience. It’s a job I would recommend to anybody. It’s a fulfilling job.” 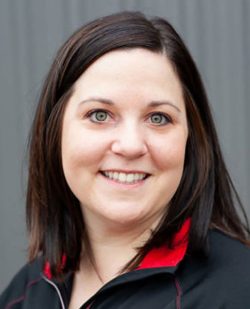 McLeod’s background in agriculture proved to be an asset upon moving into the groundwater industry, she says, noting there are similarities in both fields. She had previously worked in animal health at a veterinary clinic and threw her support behind her husband, Jason, when he first considered founding his own drilling business.

“Everything resolves around water, so I felt it was a very natural direction for me to go,” she says, adding water plays a direct role in veterinary medicine and all fields of agriculture.

The co-owner and office manager of family-run McLeod Water Wells was born and raised on a cattle farm, which provided her with the understanding of how critical water is to feeding livestock.

McLeod Water Wells was founded in 2006. In her role as office manager, she is the first to communicate with potential clients. Her duties include troubleshooting water-related issues, scheduling services and helping to provide clean, potable water for families, farms, agri-businesses and greenhouses. Her passion for the industry has been described as “inspiring,” and she has taken it upon herself to learn the trade, develop a knowledge of the products and meet with suppliers.

As the company evolved, the need to provide service grew.

“We evolved into providing pump service and sales, and it kind of took off,” she says. “We pride ourselves on being fair, honest and doing good work.”

In recent years, McLeod Water Wells acquired another company and expanded its territory with a second location in Ingersoll. Its reach now includes as far west as Windsor, north to Owen Sound and east to Burlington.

The longevity of water supplies is a concern of McLeod’s, she says, noting in particular the impact of climate and environment change. She adds well contractors are becoming fewer in number which forces the customer to wait longer for service.

There is plenty of room in the industry for women, McLeod says.

“There is a lot of room to grow individually and professionally in this industry for women as well as men. Women are capable of anything that men can do.”

Her endorsement of women in groundwater included asking an industry supplier why promotional clothing he was offering was available only in men’s sizes and design. It led to the supplier reconsidering his non-inclusive approach.

McLeod is a member of the Women in Ag focus group and has spoken about her role as a groundwater professional. McLeod Water Wells sponsors the Fields To Forks’ regional chapter in Northern Ontario.

Although she doesn’t get the opportunity to be in the field often, she relishes those occasions.

“The days I’m asked to go out into the field are my favourite days.” 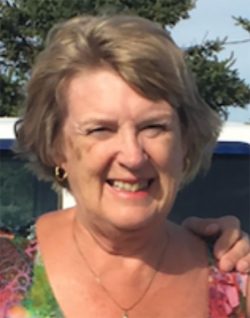 Thompson was thrown into a difficult and challenging position when her husband, Carl, passed away in February after losing a bout with cancer. He had owned and operated Thompson Well Drilling and Geothermal on Prince Edward Island for decades. Instead of shuttering the business, she assumed control and is continuing to grow the company.

“It was quite challenging, but I have good staff,” she says.

Thompson Well Drilling and Geothermal has been serving the entire province for almost 30 years and recently added geothermal heating to its array of services.

“There seems to be a lot more interest now in geothermal heating,” Thompson says, adding it now accounts for up to 40 per cent of the business. “We’re getting busier and getting more calls.”

Still, the industry faces a labour challenge, she says, and finding qualified, licensed people to drill is a concern.

“It’s tough in the entire industry to find the appropriate people to run the equipment,” Thompson says.

But it’s an industry that’s open to women if they have the drive, she adds.

“You’ve got to be strong willed and know what you’re doing. This is quite a learning experience for me.”

Thompson has been in the industry for more than 20 years and continues to manage the staff and books and control other aspects of the business. Her son, Edward, who lives in Guelph, helps when he’s on the island, and her son-in-law runs the company’s day-to-day operations.

“It’s very important to have good staff,” she says. “Treat them well and pay them well.”

Thompson, who says she’s “north of 70 yet south of 80,” has no immediate plans to retire.

“It’s full speed ahead for the present, but I don’t know how long that will be because I’m getting a little older.”

To work in the industry as a woman requires being hard-headed and persistent, Thompson says, noting she’s the only woman in the province who owns a drilling and geothermal business.

“You have to like what you’re doing and be a people person.”

“They all had a lot of nice things to say about him,” she says.