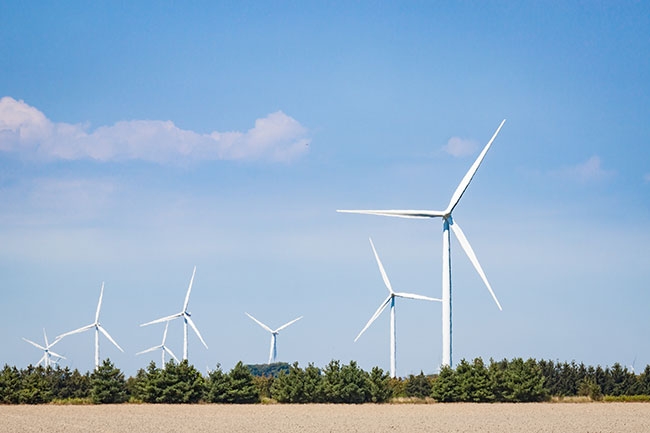 Let me say at the outset that I am not opposed to alternative energy sources, including wind. What I am opposed to is those developments that may cause serious and possibly irreparable damage to the environment.

It is obvious to me that the main aquifer under the Chatham-Kent area of southern Ontario is being affected by the construction and operation of wind turbine towers. These problems are being exacerbated as a result of developers not responding to catastrophic issues for many private wells in the immediate area. Simply stated, wind towers, for generating electrical power, should never have been constructed over the extremely fragile contact aquifer of the Kettle Point shale.

In the Dover area, rural landowners were approached, and some agreed to have towers erected on their land. Wind tower construction was initiated in 2007 in the Marsh Line Wind farm, as stage one of a series of stages. Within a week of pile driving, one resident observed heavily turbid water. Within months of operation, many wells in the Dover area were pumping ground water that was highly turbid, expressing itself as everything from cloudy water to totally plugging up the pressure tanks. The number of affected wells is unknown since the agreements to place towers on private land also included gag orders that prevented the residents from reporting any detrimental affects on the quality of the well water. It was impossible to compare pre-construction conditions to post-construction conditions because there was no meaningful data collected to characterize the ground water quality or quantity from a single well in the Dover area.

When the next phase of development was approved by the Ministry of the Environment and Climate Change (MOECC), a citizens group opposed the activity, as the stories from Dover residents were revealed in the coffee shops. Questions were asked of the MOECC, but they deferred to the proponent’s consultants. Concerns were shared with the local government, but they had invested in the wind tower project, so there was a conflict of interest.

I have been working in the Chatham-Kent area, on behalf of Water Wells First for almost a year and a half, collecting as much background water quality data as possible from as many private wells as possible. The main challenge has been the definition of protocols that will address the relationship between the wind tower construction and operation. The MOECC was unable to participate in this process, so decisions were left to my professional experience and the financial commitment that individual well owners were willing to make to protect their water supply.

In the Chatham-Kent area, the only viable aquifer is the geological contact between the bottom of the overburden (a thick sequence of glaciolacustrine sediment and till) and the top of the Kettle Point shale. This aquifer is relatively shallow, ranging between 17 metres (55 feet) and 21 metres (70 feet) deep.

Most of the rural wells that I saw were 7.6 centimetres (3 inches) to 10.2 cm (4 in.) in diameter. These wells are reported to have been drilled prior to 1950, so there are no records of the stratigraphy or well construction. The standard construction for the older wells was to drill to the shale contact, and then a very short distance into the shale to obtain sufficient water to meet the expected demands of the household or farm. It is common to have well yield at 9 to 14 litres per minute, or two to three gallons per minute. There are some wells that yield more.

Another observation on the landscape are the frequent occasions where there are pump houses, in the middle of large fields, many tens of metres (or hundreds of feet) from the house or barn. Well owners told me that the driller had to try several times at various locations to find a minimum quantity of water.

At the time of writing this article, there are 19 families who have registered a well interference complaint with the MOECC. Each of these families has experienced distinct, observable changes in their well water, which expresses itself as cloudy and often includes dark particulates.

The MOECC has determined that the vibrations from the pile driving and the vibrations from the operating wind turbine towers are not responsible for the impaired water quality at 19 residential wells. Starting on Feb. 1, 2018, the MOECC sent letters to the residents stating that “there is no evidence of any ongoing impact to your well related to the North Kent Wind project.”

It is my professional opinion that there is a distinct relationship between the wind tower project and the impaired wells. This is the time to suspend the project until we know more. Otherwise, blindly barging ahead will result in more damage.

Read Bill Clarke’s follow-up column on the current data and the associated legislation for Ontario.

Bill Clarke graduated with an Honours B.Sc. degree in geology in 1976 from the University of Waterloo. He worked at the Ontario Geological Survey until 1978, and then returned for a masters degree in hydrogeology from U of W. Bill was hired as Conestoga Rovers & Associates Ltd. (now GHD) in 1981. He became an independent hydrogeological consultant in 1986. In 2009, his company Waterloo Geoscience Consultants Ltd. merged with MTE Consultants Ltd. Bill is currently in semi-retirement so that he has time for his five grandchildren and opportunities to teach Nature Connection skills at the Guelph Outdoor School.
Print this page