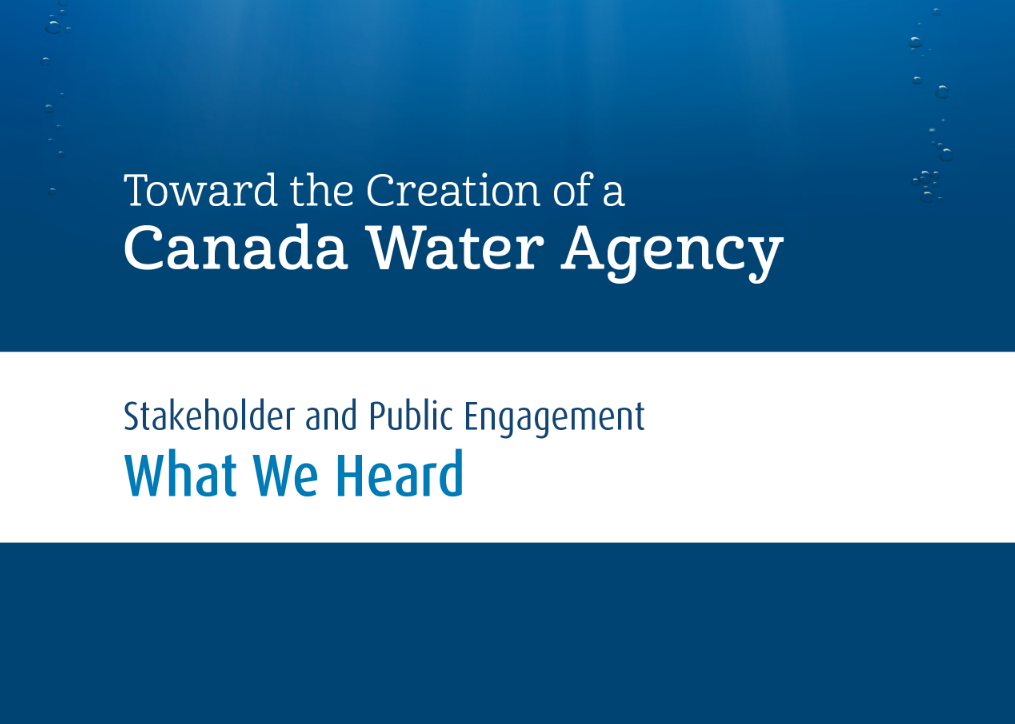 Ottawa – The federal government has released recommendations from the public on water issues of concern and their opinion of what the scope and mandate and activities of the Canada Water Agency should be.

The Ministry of Environment and Climate Change consulted the public from late in 2020 through March 2021. Canadians were invited to provide their thoughts and ideas via participation in national and regional forums, an online survey or written submissions. Input was received from individuals, municipal government representatives, non-government organizations, industry representatives, academia and Indigenous peoples.

The government’s report, “What We Heard,” identified five priorities based on comments received:

Some Canadians suggested additional objectives for federal government consideration including a consistent national approach to freshwater management in Canada, improved understanding and sustainable management of Canada’s groundwater resources and access to safe drinking water by all Indigenous communities across Canada.

The ministry heard from 2,700 Canadians, including 115 direct submissions via email, including one from the Canadian National Ground Water Association:

We believe the CNGWA mission aligns with the goal of collaboration and centralization behind the Canada Water Agency and that the CWA could play a helpful role including:

Read the full report: Toward the Creation of a Canada Water Agency: Stakeholder and Public Engagement – What We Heard.

The Prime Minister directed the Minister of Environment and Climate Change Canada to create the CWA and to “develop further protections and take active steps to clean up the Great Lakes, Lake Winnipeg, Lake Simcoe and other large lakes.”

The Canada Water Agency is mandated to work with the provinces, territories, Indigenous communities, local authorities, scientists and others to find the best ways to keep our water safe, clean and well-managed.

The Environment and Climate Change Canada released a public discussion paper that included these issues in December 2020: “Toward the Creation of a Canada Water Agency,” and that paper is the basis for public discussion.