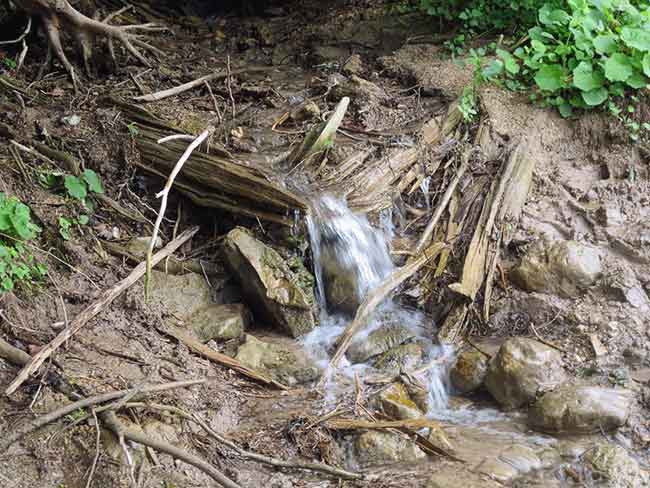 There needs to be discussion around uniform protection for ground water aquifers and the value of ground water, OGWA’s Craig Stainton says. Photo by David Judd

What role can and does the Canadian ground water industry play in protecting a resource that has become a hot topic worldwide?

While steps are being made, some feel strongly that Canada needs to move a lot faster at the federal level.

“My concern is that Canada is really not very prepared for demands on water, especially on ground water,” says K.C. Craig Stainton, executive director of the Ontario Ground Water Association (OGWA). “I am cognizant of federal participation in discussions such as the Great Lakes agreement but certainly not around ground water. So I don’t think Canada is at all prepared: it has no realistic handle on the value of ground water or of the well.”

Getting more federal attention for ground water brings up a concept that has been bandied about for years.

“The problem comes down to there is really no national ground water policy. It is dropped onto the provinces and each provincial environment ministry polices their own,” says Kevin Constable, owner of Fred Constable and Sons drilling and former president and board member with the OGWA.

Rivera says a national ground water policy could be beneficial when it comes to transboundary aquifers, but he is hesitant about aquifers within provinces.

“Part of the reason it is challenging here is that we are a federation,” Rivera says. “You cannot separate policy and jurisdiction and government from what we do. I am sure by gathering the right people together, they could prepare a national policy; however, as soon as you tried to implement it, there would be a lot of resistance.”

It wouldn’t be the first time a national policy was considered. In 1987, a federal water policy was created.

“It is still a reference, but it was never implemented, it was never voted in and there were very good things and points in it,” Rivera says. “And that was water resources all together.”

“If there was someone who could look at every aspect of the ground water industry and its relationships with all the ministries and co-ordinate everything into a cohesive, sensible approach that could be enforced in a straightforward manner, our ground water would be safe. We would know what we have and be on a perfect and level playing field when someone like the U.S. said they wanted some, or for that matter, when a large corporation tried to make it an export commodity.”

With that, Stainton reveals a worry that is particularly sensitive publicly: selling water.

These are considerations that may need to be taken into account in a time of rationing, Stainton adds. His concern is that if Canada were faced with a large demand for water, the reaction would be influenced by factors outside the best interests of ground water.

“I would bet when it finally came down to ground water and know-how, ‘well drillers’ would be the last to be consulted,” he says.

And yet, consulting with drillers may be exactly what is needed.

“At the end of the day, the wells are the eyes of the aquifers: the only way that you can ‘see’ aquifers is with wells,” he says. “So associations and drillers are a big important part of it – the collection of data that they come up with from the wells, the tests that they do to get the yield of the well, the way they report that, the standard that they use, the way that they inform the public – in the end, it is their data that we are going to use to access and make sense of the aquifers.”

Maybe it’s time for the industry to speak a little louder.

Giving industry a voice
It has been noted that industry participation in federal ground water discussions may be more likely if there were a national representative – which naturally points to the rebirth of the Canadian Ground Water Association (CGWA).

“We in B.C. would see a new Canadian association as the link to the federal government,” former BCGWA managing director Bruce Ingimundson says. “They could be the group that would lobby the federal government for whatever is needed, whether it be more mapping or finances or some form of regulation.”

He adds that a provincial association going alone to the federal government wouldn’t carry much weight, but that a representative for the whole country would have a greater chance of getting results.

Stainton agrees, adding the CGWA, when it existed previously, provided a unified voice from a national perspective.

A national association would also form a cohesive link between the provinces.

“My thoughts on a new Canadian association would be to put the provinces’ representatives in the same room and share ideas on problems that exist across the country – find solutions,“ Constable says. “If the associations have any kind of strength in their own individual provinces, the Canadian ideas can go back to these provinces with probably a little bit more clout.”

Rivera was involved with the CGWA when Maurice Lewis (who has since passed away) was executive director. The CGWA participated in the preparation of the report “Canadian Framework for Collaboration on Groundwater” in 2003. Establishing nationally consistent education and certification for hydrogeologists and drillers was one recommendation of that report.

Constable is on side with that idea.

“The biggest advantage of having a Canadian association would be for training, certification, education – call it a clearing house for lack of a better word – where the Canadian association would be more in tune with whatever people across the country needed,” he says, adding that the training programs and certification exams could be shared with provinces that didn’t have them.

Another example of how CGWA would be beneficial to the overall management of ground water is in establishing national standards for the collection of data.

“We require national standards that we do not currently have,” Rivera says. “As scientists, before you invest money drilling wells, for instance, we collect data that already exists. And most of the time, we are faced with the values or reports from the drillers that are difficult to interpret for several reasons. One of them is that it is not standard because there is no national vision on that.”

Well yields and water meters to measure ground water usage is another area that standards instituted through a national association would be able to provide.

A national association could also institute standards for well yields and water meters to measure usage.

“Those types of things are very valuable – and those could come or should come from industry, and the CGWA was well suited to do that,” Rivera says.

“I would strongly encourage that [the CGWA] comes back because we need that in Canada. It’s not just science. We also need technology: science and technology working together,” he says.

“B.C. hosted Canwell 2014 last year, and we actually had a session on a Canadian association and there seemed to be a reasonable amount of support,” Ingimundson says, adding that the National Ground Water Association in the U.S. has offered to assist with setting it up.

“Of course, they’re much larger, so it’s hard to compare in some ways, but they have a very broad range of activities, not focused on one thing, such as certifying, and that’s what we need to adopt.”

The problem comes with getting started.

“There was no followup. Nobody wanted to talk to anybody else, for whatever reason,” Ingimundson says.

“Somebody has to take the bull by the horns and make this happen.”

Carolyn Camilleri has been a writer and editor in Victoria for the past 15 years and now divides her time between Toronto and Vancouver Island, writing for several trade and consumer magazines across the country.
Print this page