Economic good, public good or something else? 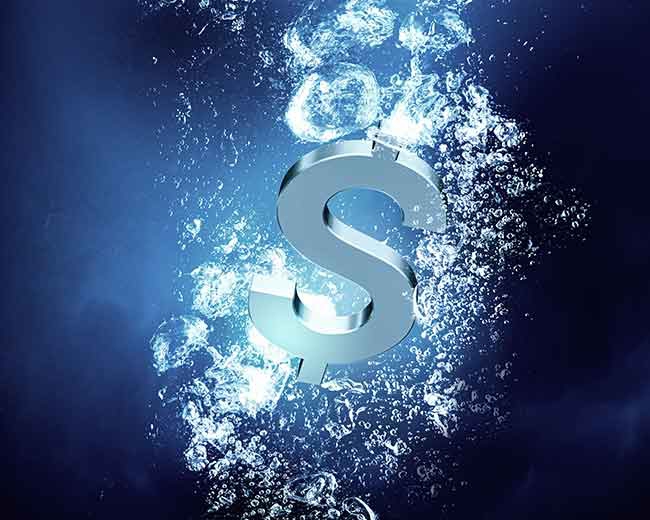 “People agree there must be a balance reached between environmental concerns and human use, but they have different ideas about where on the spectrum that balance lies,” says George Somers, the province’s manager of drinking and waste water. Photo: Fotolia

While British Columbia’s ground water industry was celebrating the new Water Sustainability Act, the announcement in March 2015 of proposed water rental rates – in force as of Feb. 29, 2016 – got members of the public hot under the collar.

Many Canadians took issue with the relatively low rates of $2.25 per million litres for industrial users B.C. was proposing on water taking compared to that of other provinces such as Nova Scotia, which charges $140 per million litres for some purposes. The issue grabbed headlines, more than 230,000 people signed a petition by activist group SumOfUs.org, and the B.C. government promised to review the rate structure.

This high public interest in water’s value raises questions the water well industry should consider as stewards and educators: What does water mean to us? Is it a commodity, a resource, a human right? What are the implications of assigning a price to it?

“Water becomes a commodity when someone takes it,” Ontario Environmental Commissioner Dianne Saxe suggests. “It’s not a commodity when it’s in the ground or the river or the clouds, but once it’s in a bottle or a tank or a pipe, it is a commodity: People buy and sell it. People use it for their livelihoods.”

When someone takes a common resource such as water, which is shared, and converts it to their own control and use, should they pay for it? “I think they should,” Saxe says.

Emma Lui, a water campaigner for the Council of Canadians, emphasizes that the right to water is a human right as enshrined by the United Nations in 2010. Lui, whose background is in human rights and political economy, was lead author on a paper published in February identifying gaps and deficiencies in the new B.C. legislation.

“Surface and ground water should be declared a public trust, which will require the government to protect water for a community’s reasonable use,” Lui argues. “Under a public trust doctrine, private water use would be subservient to the public interest. Water could not be appropriated or subordinated for private gain.

“If you recognize the human right to water, then where does pricing fall into that?” she asks. “People often look at water pricing as a way to manage water. The thinking behind that is if you price it accurately enough or well enough, the water will be protected. People aren’t going to waste it because they know the value of it.”

Deborah Curran, Hakai Professor in Environmental Law and Sustainability at the University of Victoria, suggests assigning a price to water, in the context of the new B.C. legislation, does not make it a commodity.

“When we assign a price to water it’s not to pay for the water itself. It’s not a commodity. It’s to pay for the administration or the management of that water,” Curran says. “Now that ground water will be brought into our water licensing system, there will be, for non-domestic uses, a cost for using that water. The province asserts ownership over the water, so they manage it in a variety of different ways and there is a cost to that, which is what both the new ground water fees and the existing surface water licence fees intend to cover.”

FEES FUND ADMINISTRATION
Assigning a value to water may help pay the costs of administration and improvement, promote conservation and encourage responsible use, Saxe says.

Saxe’s department is busy following through with its November 2015 report that takes the ministry of environment to task for not honouring its commitment to recover enough funds to administer oversight of water quantity. But she says the ministry should go beyond that and charge enough to do more than just manage water quantity.

“In Ontario, we do require water-taking permits, but there isn’t enough monitoring. The ministry will say to someone, for example, that they can’t take more than 10 per cent of the water out of a stream, but they don’t require them to monitor the stream. We have a lot of examples of good intentions not turning into reality because there isn’t enough attention and importance being given to the water. . . . If you had the pricing, there would be enough money, for example, to pay for stream gauges and inspections, and the kind of oversight and enforcement that we need to actually protect the water on which all life depends.”

Curran believes addressing the knowledge deficit and the amount of energy required to improve our understanding of hydrology and water use will cost a significant amount of money. “The new fees will not cover our new regulatory scheme for ground water, which includes hiring staff to provide ground water oversight and go out and assess who gets a licence where and for how much. . . . I think we could withstand a whole lot higher water rents.”

PRICE SUGGESTS OWNERSHIP
While it’s clear that water fees, or rental rates, can help fund upkeep of water systems, putting a price on our water potentially opens the door to exploitation that results in damage to water, with environmental and social consequences, Saxe says. “If we allow people to take too much water, we end up with environmental damage. We see that in many places in Ontario.”

Lui says putting a price on water may send a misguided message of ownership. “When people pay a price for water they feel they can do what they want with it,” she says. “The concern is with industries that are allowed to draw water. We really should be asking the question of whether they should be.

“The rationale is that fees will be used to fund the implementation of the Water Sustainability Act,” Lui says, suggesting that might not be the best way to fund implementation of a piece of legislation that’s supposed to protect water. If you depend on fees to essentially protect water but you’re only going to get the fees if people use water, then that raises concerns about water conservation for current and future generations.”

“Water rents are charged on a per-unit basis, so the higher the price, the greater the incentive would be to use less,” Curran says. “The question is for which industries does pricing provide an incentive or a disincentive for doing certain things with water. Right now there is virtually no incentive for any industry, except maybe agriculture, to use less water because it is such a low cost of doing business.”

Lui agrees. “Even if it were $1,000 per million litres, I don’t know that that’s a high enough rate to make companies stop what they’re doing or conserve water,” she says.

Some, including the Council of Canadians, say water wasn’t dealt with in the North American Free Trade Act and is presumed to be included in the agreement as a commodity. However, Curran says, the parties agreed and recorded after the fact that water, in its natural form, is not a commodity. “Therefore, no jurisdiction can be forced to allow someone to use water for commercial purposes,” she says. “The management falls under the domestic state jurisdiction and they can’t be forced to license water flowing in a stream.”

In Prince Edward Island, a government advisory council is drafting a new Water Act for the province meant to pull together aspects of P.E.I.’s water resources and set up a transparent process for water-related decisions.

Emphasizing that the act is not complete – a first draft is expected this fall – George Somers, the province’s manager of drinking and waste water, highlights feedback the council has received from the public in the form of a public consultation report in May.

The issue of water-taking permits, for which P.E.I. does not currently charge fees, falls below concerns like high-capacity irrigation wells, conservation and water quality, Somers says.

The report asks, “Is water a resource, a commodity or something else?”

“Most people believe water has a higher status than commodity, but their main concern is that there be access for everyone to its supply and conservation for use of future generations,” Somers says. “People agree there must be a balance reached between environmental concerns and human use, but they have different ideas about where on the spectrum that balance lies,” he says.