A review of methods suggests it’s a complex process 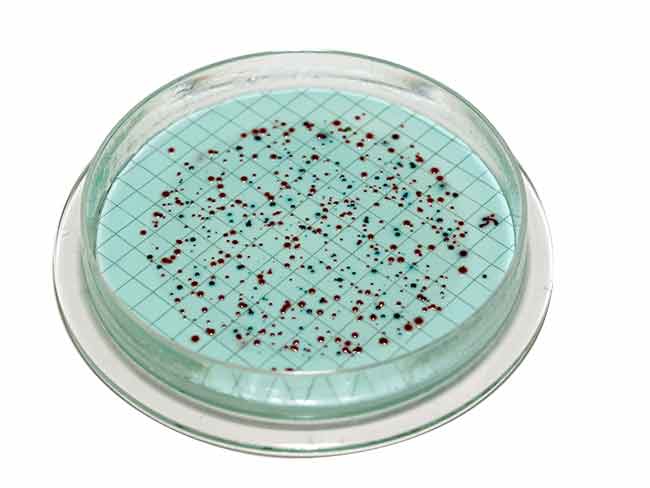 One recent study found that the detection rate of coliform bacteria increased to over 40 per cent when wells were sampled three times; researchers estimated bacteria would be found in over 90 per cent of the wells if sampled 10 times. Photo: Fotolia

Water well drillers familiar with the contaminated water outbreak situation in Walkerton, Ont., will remember that issues with improper sampling for bacteria in the water supply were part of the problem.

A recent court case in southern Alberta deals with contamination of a water well on a residential acreage. Part of the dispute relates to sampling of the well, with the acreage owner stating that the water supply was improperly sampled for bacterial contamination by consultants and government agencies.

A review of the methods for ground water sampling suggests this procedure is not necessarily straightforward. Typically, well drillers sample water from a well shortly after it is built. Sampling from an installed water well system is more complex, however, and water well drillers are advised to be cautious when sampling for bacteria in these installed systems.

One recent study conducted in New Jersey in wells where coliform bacteria are present found that they were detected in only about one-fifth of the wells sampled once, but the detection rate increased to over 40 per cent when the wells were sampled three times. The study estimated bacteria would be found in over 90 per cent of the wells if sampled 10 times.

Often sampling will be undertaken using protocols such as wearing gloves to ensure bacteria from people’s hands are not introduced to the sample bottle, that the proper bottle and preservatives are used, and that the tap is run for a sufficient length of time prior to collecting a sample. These protocols are not enough. However, few formal protocols do exist, one of which is ASTM D3370 – 10 (Standard Practices for Sampling Water from Closed Conduits). This standard emphasizes that the sampling represents only a point of sampling at the time of sampling.

Bacteria, unlike other parameters such as routinely dissolved salts, are not evenly distributed throughout the system. Besides the well itself, there are numerous components in a water system where bacteria may be found. Bacteria also may be found in the lines, pressure tank, cistern, hot water tank, and treatment and filtration units. Plumbing “dead ends” such as well sumps or unused water lines may be preferential spots for bacterial growth. The bacteria prefer to grow on iron pipes versus PVC (polyvinyl chloride) or ABS (acrylonitrile butadiene styrene) and likely prefer copper pipes least of all.

Why not just sample at a drinking water tap in the kitchen, which is downgradient from all these units? Issues with this concept relate to how bacteria enter the water stream. The bacteria may not be continuous throughout the system but may exist in colonies that slough off of solid surfaces at irregular intervals. A change in flow conditions often results in a spike in bacterial concentration. One study found that bacteria counts were higher when the tap was initially turned on than when the tap had been running for several minutes prior to sampling.

The acreage owner in the legal suit was stating that her well had not been used for several months prior to sampling. This may explain the non-detect result. Bacteria in the well would not show at the tap after running the tap for several minutes as the well water would not work itself to a tap over this short a time frame.

Is there a preferred way to sample for bacteria? Following the ASTM guideline, it would appear that several samples taken at several points with the water system in operation at various times would be appropriate. Samples could be collected relatively easily from the well, from the sampling valve at the pressure tank, from both the cold-water and hot-water taps, and from treatment or filtration units. Cisterns can be a source of contamination, so sampling directly from the cistern is a good idea.

Sampling from an end-point tap should be done as soon as the tap is turned on, after several minutes of flow and perhaps also when enough time has passed to allow water from the well to reach the tap, a process that could take over an hour.

Should a driller be involved in collecting samples for water quality? Certainly they could – but with an existing system the sampling needs to be conducted throughout the system and at various times.

When it comes to a well owner’s health, all efforts should be made to be thorough. Minimizing lab costs and personnel time is not a good enough reason to justify insufficient sampling.

Ken Hugo is a technical director and hydrogeologist with Groundwater Information Technologies (GRIT).