Industry needs to attract new drillers to replace those retiring 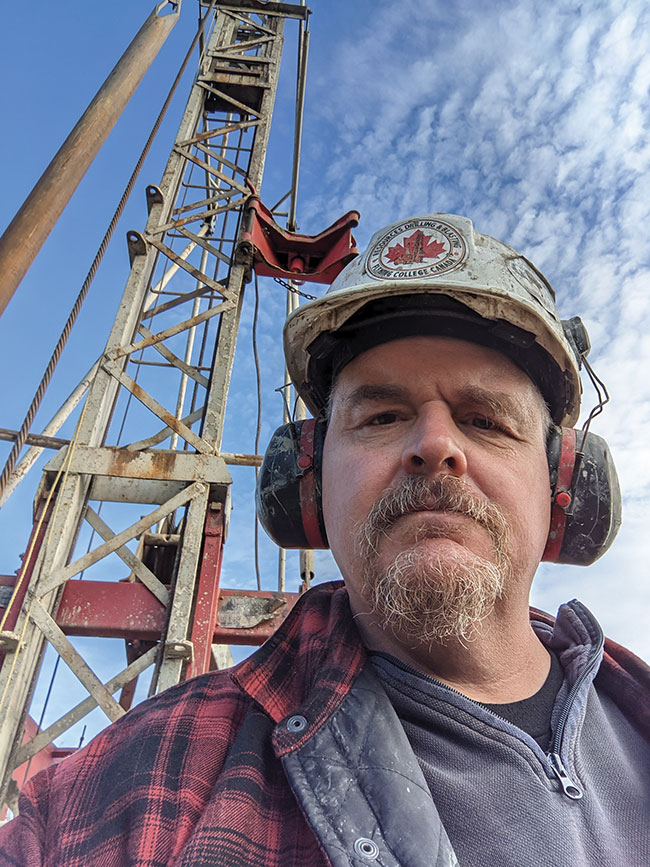 Canada’s current generation of water well drillers are advancing towards retirement, making room for fresh blood in the industry. But although some young people are moving into water well drilling, industry experts say there’s not enough of them to bridge the labour gap – and that this gap will only grow bigger going forward.

To find out why, Ground Water Canada magazine spoke with Craig Stainton and Jim Smith. Stainton is executive director of the Ontario Ground Water Association. Smith is a professor and teacher at Fleming College’s Resources Drilling Technician Program in Lindsay, Ont. According to Stainton, it is the only comprehensive two-year diploma drilling program in the country.

A lack of awareness
There are many reasons why young people are not flocking to the water well drilling industry, starting with the fact that most don’t even know this career option exists.

“Think of it this way: When you go to a party, you might meet a doctor, a lawyer, or a teacher,” says Smith. “But how many water well drillers are you likely to meet? Chances are – unless you are somehow associated with this profession – that you won’t meet any.”

The public education system does little, if anything, to raise awareness of water well drilling as a career.

“When students talk to their guidance counsellors about job options, they’re not being told that this industry exists, because their counsellors are personally unaware of water well drilling unless they grew up in the country with a well system,” Stainton adds. “So, someone who is in Grade 11 in Toronto would never, ever be told that there is an industry where they can drill and develop water wells and make a livelihood off of it.”

Few educational opportunities
Given the general lack of public awareness of water well drilling as a career, it isn’t surprising that young people aren’t lining up to enter the trade.

“It’s happenstance that someone comes across the industry,” says Stainton. “Perhaps they got a summer job with a water well driller and decided that they liked it. So, after they finish high school and the driller takes them on, such a person eventually ends up at Fleming College in Lindsey campus to learn the book side of the business, so that they can write the provincial exam that’s required to get a licence. It’s the only campus that’s providing the necessary education these days.”

In fact, it is possible to find specialized water well drilling courses in Canada, but Fleming College is apparently the only one to offer a comprehensive diploma course, Smith says. (Alberta’s Red Deer Polytec does offer a two-year Water Well Driller Apprenticeship program.) “We cover all areas of drilling such as blast hole, diamond, geotechnical, oil, and water,” he notes. “We also offer soil and rock classes, and two-thirds of our drill rig classes are hands-on using equipment.”

The takeaway: Young people who do learn about the water well drilling trade will have a difficult time getting the necessary certification training they need to build careers in the industry. 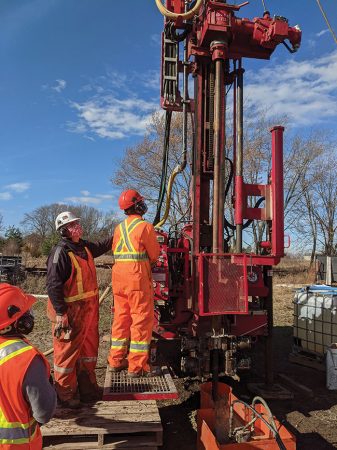 Limited hands-on learning
For those young people who obtain formal training in water well drilling, finding jobs where they can get hands-on training can be a challenge. This is because most of Canada’s water well drilling companies are small “Mom and Pop” operations, says Smith.

“They have one to four rigs that they are likely financing, which means they need to keep them engaged on paying jobs using their experienced technicians,” he tells Ground Water Canada. “Think of it: You’re a small company working on thin margins whose costs are being driven up by inflation. You can’t afford to pull an experienced technician and equipment off a project to train someone new, so that new person doesn’t get the hands-on training they need to be truly useful. If anything, you want the new person to be doing whatever they can to help you pay the bills, rather than eating up money being trained on the job.”

“We are losing out on young people even being able to shadow members of the industry to learn to how to do things,” adds Stainton. “This matters because water well drilling is as much an art as it is a science. Anybody can dig a hole relentlessly, using up lots of resources, until they hit water. But to dig the shallowest hole possible while getting the sweetest and largest amount of water, you have to know what you’re doing. You have to be able to deal with what Mother Nature and evolution has left in the ground. That requires hands-on training from experienced drillers with the time to teach you.”

What can be done?
Unless something changes, the labour shortage in the water well drilling trade is only going to worsen with time.

What can be done? One solution is to make children aware of the industry prior to high school, before they’ve started to nail down their career choices.

“My wife’s an elementary school teacher, and so I drop by her class every year to tell her students about water well drilling,” says Smith. “It works: Two of the students who came into my program this year are here because I spoke to them in their Grade Four class.”

Another option is to get the schools, politicians and media talking about water well drilling by spotlighting the growing labour shortage on a regular basis, and the dire consequences that could ensue if the problem isn’t addressed.

A third solution is to convince the provinces and territories to support water well drilling apprenticeships, as is being done at Alberta’s Red Deer Polytec. This is not an easy task.

“In Ontario, our association and industry went through a long process of putting together an apprenticeship program,” says Stainton. “We were just at the point of preparing a curriculum when the province shelved it in favour of the Ontario College of Trades (OCT) program in 2013. It’s been on the shelf ever since.”

A fourth way to bring more young people into the water well drilling industry is to pay them more.

“My students have just paid for two years of education, and they want to make the most money they can to pay off their debts and build a career with benefits,” Smith says. “That’s typically a large construction firm paying union rates for geotechnical drilling, not a small Mom and Pop firm that doesn’t pay much above minimum wage for water well drilling. If such small firms want to attract the new talent that is coming into the trade, they have to offer them more — which means raising their own rates for drilling water wells.”

Clearly, solutions exist for attracting more young people into water well drilling. What remains to be seen is whether industry and government will take the necessary steps to make them happen, to keep the current labour shortage from getting worse.